4 Animals You Didn't Know Are Native to China 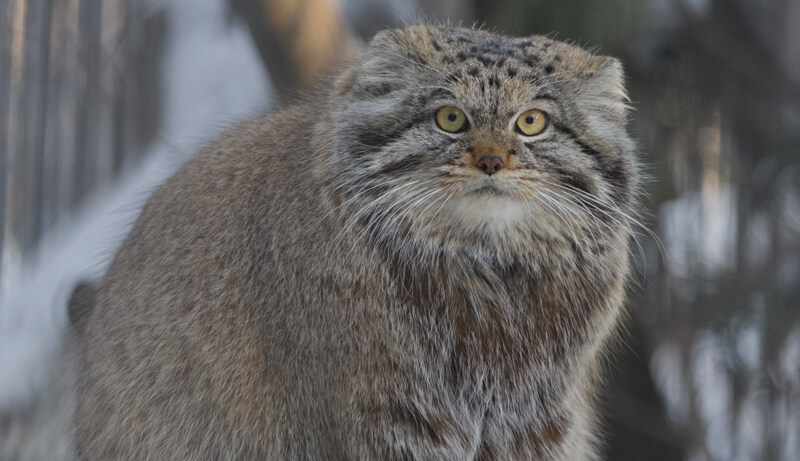 From river otters to the world’s largest feline, and from panda bears to the jumping mouse, China is full of a fascinating variety of wild animals.

Here are four interesting animals you may not know are native to China:

Big, round, shy, and exceptionally picky, the giant panda is China’s most iconic animal.

When not falling adorably out of trees for viral videos, most of the panda’s life is spent eating. They consume almost exclusively bamboo leaves and delicate shoots, up to 15 percent of their body weight every day. To give you an idea of how much bamboo that actually is, females weigh up to 275 pounds, while males can reach 350 pounds—meaning a big boy on a big day can put away up to 50 pounds of bamboo.

Native to the snowy mountains 1,500-3,500 meters above sea level in Southwest and Central China, the golden snub-nosed monkey is arguably the strangest looking animal on this list.

Named for their peculiar noses, which lacks protruding nasal bones, they have blue faces, bright orange fur, and a long prehensile tail. They enjoy an incredible, largely harmonious social structure, living in small groups of 10-20 individuals led by a single dominant male, and larger bands of up to 30 groups.

Each group’s dominant male watches over the females, juveniles and babies, staying alert while the others rest. The females raise the young communally, and play an active part in defending the group, aiding the dominant male whenever they feud with neighboring groups. Females and young monkeys sleep in clusters, cuddling together for warmth in the cold climate.

They hunt using perfect stealth—camouflaged by their distinctive stripes they are nearly invisible, moving in silence and lying in wait until their victim is close enough to pounce on.

Siberian tigers love to swim, taking dips in the warmer months (when their entire known world isn’t frozen solid) to hunt or simply for fun. They’re very talented climbers, but usually retire from arboreal life at a young age because they grow too big and heavy to make it up very high.

The Pallas’s cat, also known as a manul, also known as the fluffiest creature in existence, lives in western China. Pallas’s cats are densely coated, which makes these stocky, house cat-sized cuties look quite a lot larger than they actually are.

Pallas’s cats are terrible runners, even when being pursued by much-larger predators. Their short legs prevent them from ever moving past a moderate lope, and they instead choose to dart behind boulders or crevices in their native rocky terrain. They eat small rodents, birds, and the occasional crunchy bug.

China’s native animals are diverse, fascinating, beautiful, and unforgettable. You can see many of them, including tigers and panda bears at the Chongqing Zoo on YMT’s Legendary China & Yangtze River Cruise.

To join one of our exciting journeys to China and beyond, call your travel consultant or YMT Vacations at 1-888-756-9072.