7 Things to Do and See in Arles, France 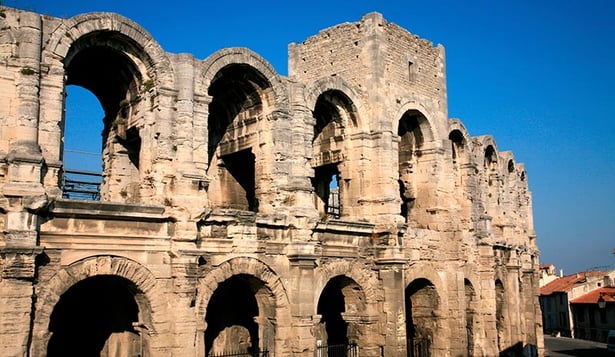 The ancient city of Arles, France is known for two things: Roman Ruins and Vincent Van Gogh. As the former capital of Provence, this spectacularly well-preserved city boasts dramatic bullfights and crumbling historical sites, an artistic heritage and a story that is written in the stars.

Discover why Arles and the Provence region of France was designated a European Capital of Culture by the European Union by learning about the best things to do in Arles.

Top Places to See and Visit in Arles France

Here are our top picks for what to see and do in Arles:

THE AMPHITHEATER OF ARLES 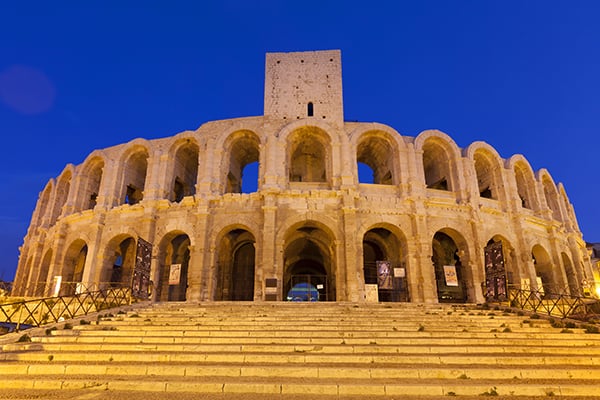 Dating back to the first century, this enormous cavern is hewn out of the side of a hill and is still in use today. As Arles’ most famous monument, Les Arenes plays host to bullfights and the Confraternity of Gardians (herdsmen) which is celebrated with a feast day every May 1.

Unlike the Spanish bullfights, the bulls here are praised for their grace and elegance and are never killed. Instead, bullfighters celebrate their victories with signatures in the guest book of the Grand Hotel Nord-Pinus alongside the likes of Hemingway and Picasso.

These thermal baths were once used as swimming pools, public baths, and a meeting place. The northern baths, Constantine’s Baths, are the newest and best preserved. Built in the later years of the empire they are made of alternating brick and limestone, and are among the most popular things to see in Arles. 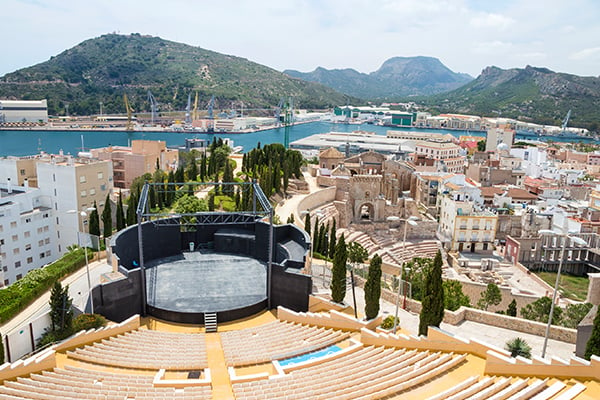 Built on top of the Hauture Hill during the reign of Augustus, the Roman Theater was constructed over a system of substructures made of concentric galleries and vaulted halls. Although not much of the original theater survives, the amazing thing is that the ruins have survived for thousands of years. Today, the Arles Festival is staged near what is left of the theater at the pair of surviving columns referred to as “Les Deux Veuves” (“The Two Widows'').

During the Middle Ages, the theater was mined for its valuable marble and fell into disrepair. However, it is still used today to stage concerts and events like the Arles Festival. Visitors are also able to walk the grounds and explore the ruins.

Built toward the end of the first century, the circus could host roughly 20,000 spectators. Its colossal size meant it had to be housed outside of the town walls – which is probably why it was later destroyed in order to fortify a defense wall at the end of the empire.

Vincent Van Gogh only lived in Arles for a year (1888-89), but it was one of the most prolific times in the artist’s creative life. Here he completed over 200 paintings and 100 drawings.

Espace is the former hospital where Van Gogh resided during his brief stint in Arles, and served as the inspiration for much of his work. Today, the courtyard is encircled by a garden that is laid out exactly as it was in the 19th century, as evidenced by Van Gogh’s own artistic works and letters.

The dramatic time he spent in Arles would ultimately lead to his infamous breakdown and the mutilation of his own ear. Today, you can discover the same inspiration Van Gogh found here well over 100 years ago, as well as browse souvenir shops for Van Gogh items to take home as keepsakes of your visit.

Always toward the top of the list when it comes to what to see in Arles, this ancient cemetery comes from the name for “Elysian Fields,” the place where valiant warriors were taken upon their death. The tree-lined avenue of Medieval tombs has been mentioned in Dante’s Inferno, and painted by both Van Gogh and Gauguin.

The church where the Gardian’s Mass is celebrated dates to the 12th century, although a Roman temple existed on this spot years earlier.

If these suggestions aren’t enough for you, the Arles Visitor Center is a great place to begin your visit to Arles. A highly informative and friendly staff await to answer all your questions and tell you what to see and do in Arles. They are eager to share their expertise, as well as provide maps and other resource materials to browse.

It is here where you can grab a map and begin a fascinating walking tour of ten reproductions that depict actual places Van Gogh captured throughout Arles, including Starry Night Over the Rhone and Cafe Terrace at Night.

YMT Vacations’ has multiple Rhône river cruises, including Rendezvous on the Rhone and the Rhône River Cruise in Lavender Bloom, that take you through the charming town of Arles.

To join one of these unforgettable journeys, call your travel consultant or YMT Vacations at 1-888-756-9072.