8 UNESCO World Heritage Sites to Put on Your Bucket List 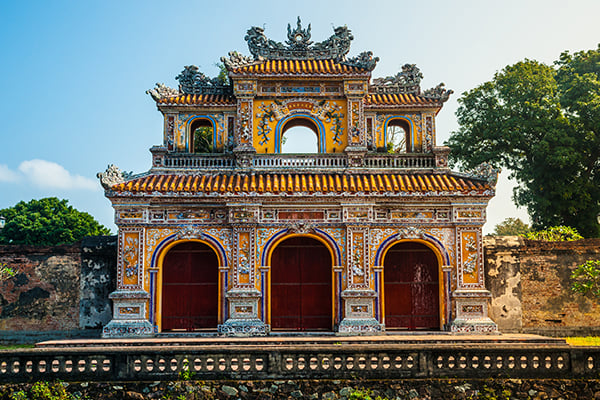 With so many things to see and do in the world how do you determine where you’ll go next? To help make your travel plans easier, we suggest you look to UNESCO, or the United Nations Educational, Scientific and Cultural Organization. Each year this organization identifies World Heritage sites—buildings and archeological sites, natural wonders and national parks— chosen for their outstanding value to humanity. From the Great Pyramid of Giza to the Sydney Opera House, each of the now 1,073 UNESCO sites on the World Heritage list are a rare privilege to explore. Here are just a few of the ones you can add to your travel bucket list:

Old Town of Tallinn, Estonia—What began with a castle built by the crusading knights of the Teutonic Order in the 13th century soon grew to an opulent city of ornate churches, public buildings, and merchant houses that remain largely intact today.

Upper Middle Rhine Valley, Germany—This iconic stretch of riverside is known for soaring castles, historic towns, and sweeping vineyards. Beyond its postcard-worthy views, this slice of Germany has always had an allure with writers, artists and composers.

Venice and its Lagoon, Italy—Scattered like pearls across the Adriatic, the 118 islands of Venice are a treasure trove of architectural masterpieces—from the Bridge of Sighs to the Piazza San Marco, the Campanile to the palaces of the Grand Canal.

Complex of Hué Monuments, Vietnam—When this capital of the unified Vietnam was first established in 1802, it was chosen because it had a mountain, or Royal Screen, to one side, and the Perfume River running through the heart of the city. These natural features shielded its main attractions from harm: the Forbidden Purple City, the Imperial City and the Inner City.

Historic Bridgetown and its Garrison, Barbados—This outstanding example of British Colonial architecture consists of a well-preserved town built across three centuries while Great Britain was amassing its empire. The town has several historic houses, a Garrison with authentic barracks and administrative buildings, and a serpentine street design typical of the 17th century.

La Fortaleza and San Juan National Historic Site, Puerto Rico—La Fortaleza, along with the later fortifications of Castillo San Felipe del Morro, Castillo San Cristobal and San Juan de la Cruz, and a large section of the original city wall, were built to protect the town and the Bay of San Juan. Throughout the years it has served as a fortress, an arsenal, a prison, and the residence of the Governor of Puerto Rico.

The Historic Centre of Prague, Czech Republic—From the Charles Bridge to Prague Castle, St. Vitus Cathedral to the Gothic arcaded houses around Old Town Square, the heart of Prague is full of historic wonders. Wander through the churches and palaces built largely under the Holy Roman Emperor Charles IV, and make time to watch the magnificent astronomical clock strike the hour.

Summer Palace, Beijing, China—This masterpiece of Chinese garden design is worshipped for its landscape of hills and open water features, along with its pavilions, halls, palaces, and temples. The entire complex of this ancient city is constructed in line with the Chinese philosophy of balancing the works of man with nature.

These are just a few of the amazing cultural heritage sites you can see on a YMT Vacations journey. To learn more about these and other travel destinations, contact your travel professional or call YMT at 1-888-756-9072.