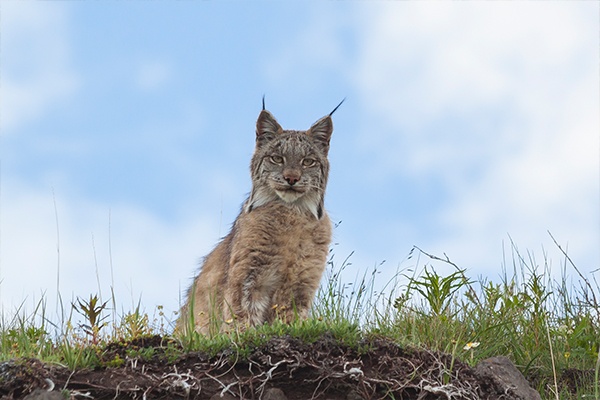 Alaska is known throughout the world for its spectacular wildlife—a pack of wolves hunting together in the moonlight, a bald eagle silently dragging a single golden talon across a glassy lake, a greedy bear cub clumsily learning how to catch spawning salmon.

Images of Alaskan fauna are some of the most important visuals in what we now think of as the wilds of America, and are a large part of what created our nation’s very identity.

Below are just a few of the beautiful animals you might catch a glimpse of in the “The Last Frontier.”

When looking to take an Alaska wildlife vacation, there are a few top spots to put on your itinerary.

Anchorage is one of the best places to spot wildlife. It provides many opportunities to easily see bears, moose, eagles, whales and other wildlife. The Alaska Zoo and the Alaskan Wildlife Conservation Center are two places where you’ll see a variety of wildlife up close.

Denali National Park is one of the best places to see wildlife. Home to a wide variety of species of birds, fish and mammals (including grizzly bears, wolves, moose, lynx and Caribou), there’s a whole lot to see.

Glacier Bay National Park has one of the largest concentrations of humpback whales. Whether you’re a pro whale-watching enthusiast or a first-timer, you’ll thoroughly enjoy touring this portion of Alaska’s coastline.

Below are just a few of the beautiful animals found in Alaska. Be on the lookout for them when visiting “The Last Frontier.” 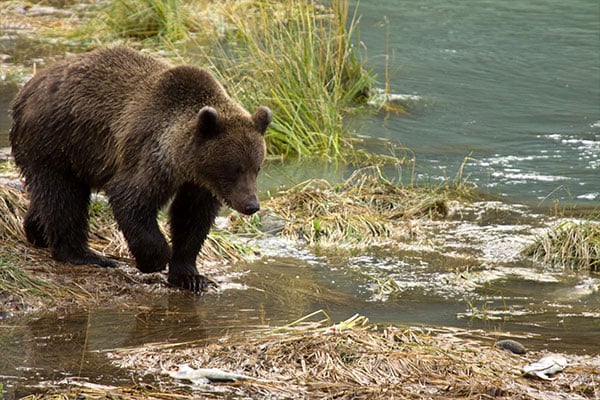 The state is home to brown bears, black bears, and even polar bears in the far north. Black bears are Alaska’s most common, with an estimated population of approximately 100,000 individuals.

Black bears have better hearing and eyesight than human beings, and a sense of smell approximately seven times keener than a dog’s. They’re naturally very skilled swimmers, and often take to the water simply to relax and cool down.

These curious creatures are also gifted climbers, and will go up into trees to hunt, eat, avoid danger, and even take a very long nap! 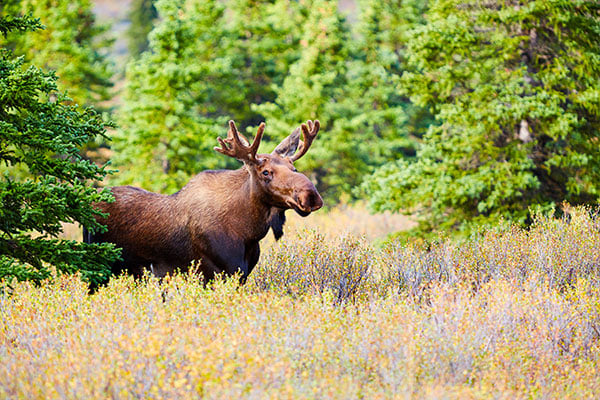 Alaskan moose, a unique subspecies, are the largest in the world. Adult females weigh between 800-1,300 pounds, while fully grown males range between 1,200 and 1,600 pounds.

Moose have poor eyesight, mostly because their wideset eyes leave them with a very large blind spot directly in front of their faces. They have excellent hearing, however, and their large noses provide them an exceptional sense of smell. They must use all their senses when galloping at full speed, up to 35 miles per hour.

The lynx is Alaska’s only native wild cat, and although they’re only slightly bigger than a very large housecat at 15-30 pounds, these solitary cuties don’t want to be anywhere near your warm lap—in fact, they’re so shy and fearful of humans that they’re sometimes called the shadow of the forest.

Lynx are gifted climbers and swimmers, and will travel long distances for food, most often the snowshoe hare. They have thick fur and extremely broad paws that help them walk in the snow. 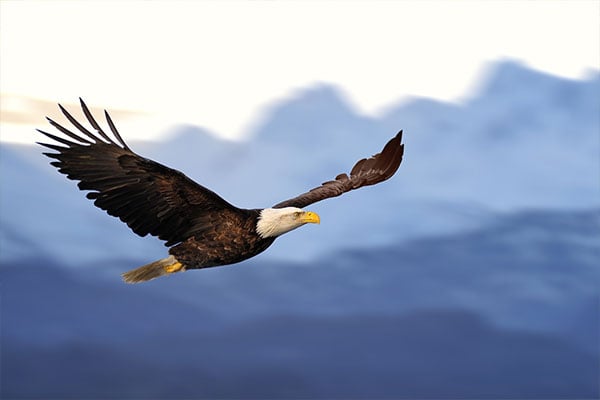 The bald eagle is the national bird and national animal of the United States—and with its 7½ foot wingspan, and legal protection from Uncle Sam himself (the Bald and Golden Eagle Protection Act), it might also be the country’s best treated.

Anyone without a permit from the Secretary of the Interior is forbidden from disturbing bald eagles in any capacity. The strikingly beautiful bird of prey is left to hunt, fish, and mate for life, in peace.

Alaska’s native animals are as precious as they are beautiful, and thankfully, not as hard to catch sight of as you may think. These animals, and many more, are available to view at the Alaskan Wildlife Conservation Center, a sanctuary in Portage dedicated to the preservation of native Alaskan wildlife.

Visit the AWCC on several of our tours, including the Grand Alaskan Cruise & Tour and Majestic Alaska Cruise & Tour.

To join one of our exciting journeys to Alaska and beyond, call your travel consultant or YMT Vacations at 1-888-756-9072.