Alaska to Yukon: Top of the world highway 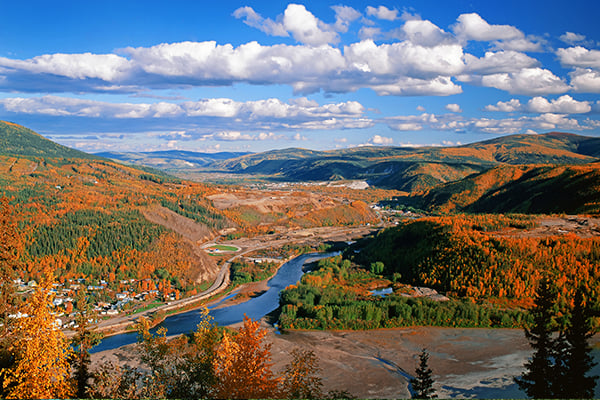 The Top of the World Highway is a scenic 79-mile mountain road from the Yukon River in Canada to the Taylor Highway in Alaska. It winds its way along the crests of hills and mountains, providing spectacular panoramic views.

Look out at rivers, lush valleys, distant mountains, and mile upon mile of vibrant forests. Named for its views and the way it makes travelers feel, the Top of the World Highway is one of the most beautiful drives in the world.

What Can You See on the Top of the World Highway?

The Top of the World Highway is full of gorgeous vistas and irresistible scenic overlooks. The appeal of the sparse, unspoiled landscape attracts thousands of visitors each year. The highway is open from approximately mid-May through September, when the weather allows for safe passage. Even in the warmer months, snow patches can often be seen through July.

In addition to its incredible natural beauty, this area is rich with history and unique culture. 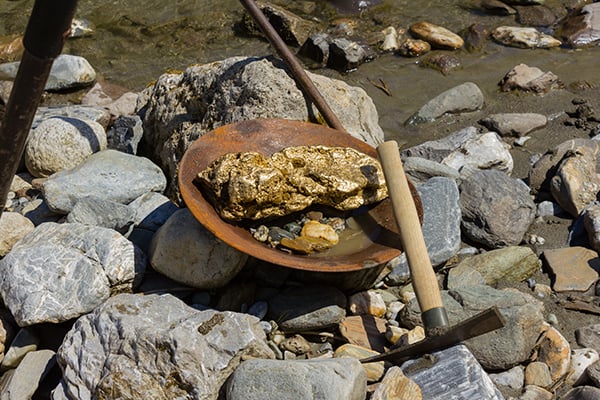 The Klondike River is familiar to history buffs as location of Canada’s most famous gold rush.

The Klondike Gold Rush began when the precious metal was discovered in 1896 in Bonanza Creek, a tributary of the Klondike River. A group of four travelers were given a tip by a local prospector. Panning the banks of what was then called Rabbit Creek might be worth their while. It was, and they struck it rich. News of their good fortune spread fast. Over the next three years, tens of thousands of fortune-seekers swarmed the once-quiet creek beds and hillsides of the Klondike and its narrow offshoots.

The Klondike Gold Rush ended in 1899 when larger and more accessible gold deposits were found in the beaches of Nome in the top of Alaska.

Dawson City became a boomtown during the Klondike Gold Rush. Located where the Klondike and Yukon Rivers meet, it transformed from a quiet, isolated settlement into the raucous center of an explosive economy.

“San Francisco of the North” was the only place for hundreds of miles to eat, drink, or shop. Not to mention to pursue the vices so famously intensified by isolation and gold fever. Miners, and the businesses created to support them, thrived while the gold was abundant and easy to find. However, when the fast fortunes dried up, so did Dawson City. Three years after the Klondike Gold Rush started, it ended. By the end of 1899, Dawson City was almost a ghost town.

Visitors to Dawson City today will find it less rough and tumble than it was at the turn of the century, but it remains an essential stop. Dawson City is surrounded by breathtaking natural beauty. The granite peaks of the Ogilvie Mountains rise sharply behind, while the Klondike and Yukon Rivers wind slowly through. This makes Dawson City extremely popular among hikers and outdoors enthusiasts.

Additionally, the tiny town is home to numerous National Historic Sites of Canada. See historical mining equipment at Dredge No. 4, or Old West-style Boomtown architecture throughout the city. You can find even more history at the Dawson City Museum. 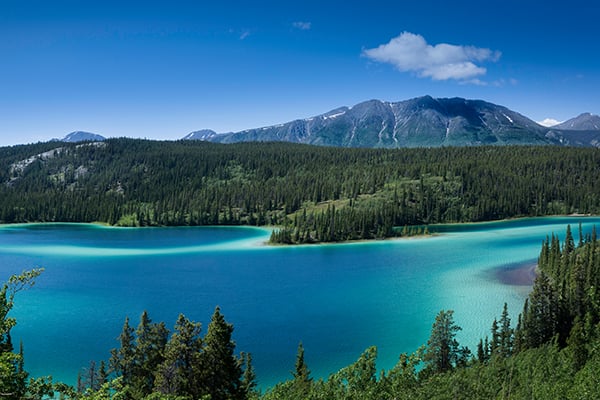 The Top of the World Highway starts at the edge of the Yukon River in Dawson City. The view across the third longest river in North America is striking—in no small part because there’s no bridge to get in the way.

When the river is frozen, you walk or drive across, and when it’s flowing, you take the ferry. The George Black Ferry runs around the clock during the summer months. The free 7-minute ferry is the only way across the Yukon River for vehicles including cars, motorcycles, semi-trucks, and motor coaches.

The Tr’öndëk Hwëch’in First Nations village of Moosehide grew in tandem with Dawson City. As the gold rush boomed, the First Nation peoples who had called Dawson City home were displaced by new arrivals. Numerous generations were forced to move three miles downriver to Moosehide, which remains a private traditional village site to this day.

After gaining permission from the village, you can visit Moosehide, including its historical church and school. You can also learn about the Tr’ondëk Hwëch’in at the Dänojà Zho Cultural Centre in Dawson City.

Every two years, Moosehide celebrates Tr’ondëk Hwëch’in and other Indigenous cultures at the Moosehide Gathering. Open to everyone, it includes musical performances, guest speakers, feasts, dancing, drumming, art, and more. The weekend-long event is designed to revitalize and share traditions. 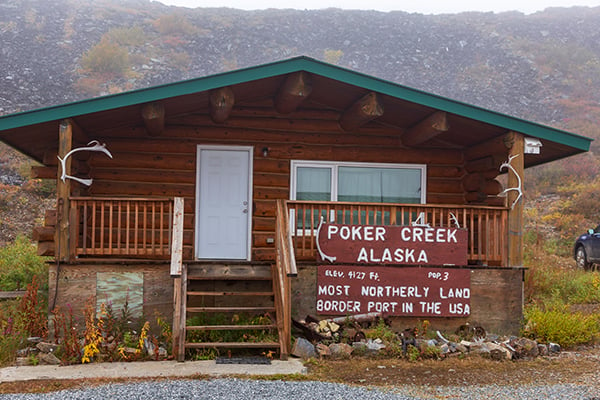 The cheerful green building on a remote stretch of the Top of the World Highway at an elevation of 4,127 feet looks humble. However, it is actually the Poker Creek-Little Gold Creek Border Crossing, the most northerly border crossing on the continent.

The Canadian/U.S. border cuts through the building, which is shared by both countries. Despite a one-hour time difference between the kitchen and the bathroom, the two sets of customs officials are available whenever the Top of the World Highway is open.

There are great photo opportunities, with large “Welcome to Alaska!” and “Welcome to the Yukon!” signs on either side.

Travel the Top of the World Highway with YMT Vacations

The Top of the World Highway is a unique experience from mile 1 to mile 79. Beautiful, isolated, and rugged, this region has developed a culture and spirit all of its own.

You can join YMT Vacations on a summer or fall tour from Alaska to Yukon on our exciting Spirit of the Yukon. Call your travel consultant or YMT Vacations at 1-888-756-9072 to book today!