Best Historical Sites In the US You Should Visit 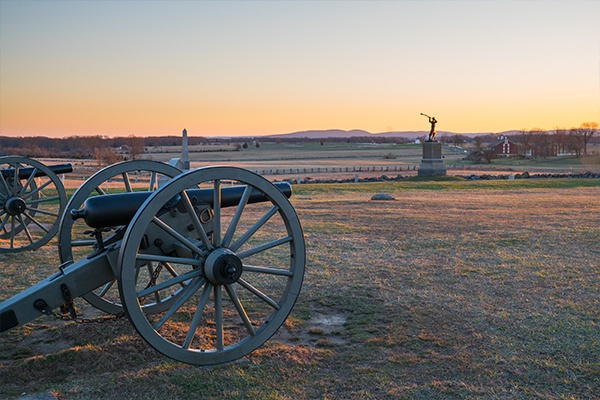 History comes alive when you walk in the steps of the past. From our nation’s capital to the battlefields of Gettysburg, there are plenty of sites to explore. Learn the facts behind America’s storied past, or visit its iconic monuments. Here are just a few of the great historic destinations you’ll want to explore on your upcoming travels:

Our nation’s capital was born from the imagination of Pierre L’Enfant, a Frenchman who came to America to fight in the Revolutionary War. Built on the ideals of his new home, this capital city was designed to be accessible to all citizens. His architectural legacy is just one of the many reasons to visit. Beyond the marbled monuments and government buildings, you’ll find newly-opened museums and renowned art galleries, vibrant neighborhoods and an explosion of culinary attractions.

Just outside the city, President George Washington’s home offers a living-history experience of life during the birth of our nation. During your self-guided tour of the mansion and its grounds, you’ll discover a working blacksmith shop, an immersive pioneer farm, and the home’s reconstructed slave quarters.

Relive our Colonial past in the birthplace of America. Listen as a wig-maker explains his craft, or the fife and drums lead a parade through town. Join in on a lively discussion of politics with Patrick Henry, or watch as the verdict is handed down in the Governor’s Palace. There are also authentic meals and a large cast of actors clad in period costumes to keep you immersed in the mid-1700s.

Follow Skyline Drive along the crest of the Blue Ridge Mountains for a look at the stunning natural setting our forefathers once enjoyed.

Once the site of one of America’s bloodiest battles, this Civil War battlefield is a must for any history buff. Hear the stories of the war brought to life by a local guide, and learn the meaning behind the Gettysburg Address—272 words spoken by Abraham Lincoln which defined for all Americans the true price of our freedom.

The birthplace of American democracy, Philadelphia is home to the Liberty Bell and Independence Hall, where the founding fathers penned the Declaration of Independence. Don’t forget to see Valley Forge and the Betsy Ross House before you grab a Philly cheesesteak and take a run up those famous Rocky Steps.

From the Empire State Building to Ellis Island, there is plenty of history to discover in the Big Apple. Learn how New Amsterdam became New York through the stories of the immigrants who found their home along these shores. Amid the many towering skyscrapers and iconic landmarks are museums, the Brooklyn Bridge and the recently created National September 11 Memorial.

You can explore America’s great historical destinations with YMT Vacations. To join one of our upcoming journeys, call your travel consultant or YMT Vacations at 1-888-756-9072.