Best Places to Visit in China 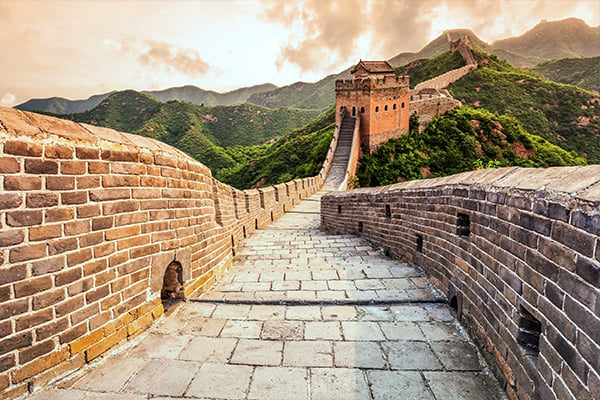 The list of the best places to visit in China is long because there is so much to see in this massive, ancient, endlessly varied Asian nation. China covers 3.7 million acres. It contains megacities, the towering Himalayas, lush forests, the sprawling Gobi Desert, tropical islands, and many more diverse environments.

The country is home to 3,000 years of history, and the world’s largest population at 1.3 billion people.

The most popular places to visit in China are spectacular displays of history, natural beauty, and culture. From the centuries-old treasures hidden within the fortified walls of the Forbidden City, to the thick bamboo forests lining the scenic banks of the Yangtze River, there is no shortage of memorable places in China to visit.

Here are just a few of our favorite places to visit in China. 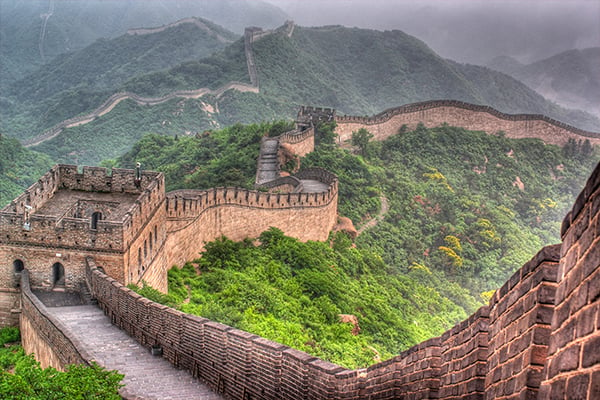 The Great Wall of China is one of the biggest construction projects in all of human history. It is a seemingly endless line of wooden, rammed earth, stone, and brick fortifications that snakes its way 12,000 miles across China. The wall was used to mark ancient Chinese borders, for protection, for communication, and to regulate the Silk Road. The oldest sections were built in the 7th century BCE. However, the most famous and best-preserved sections date from the Ming Dynasty of the 14th-17th centuries CE.

The Great Wall is inarguably one of the best places to visit in China, but you do have to stay earthbound to enjoy it. Despite persistent rumors, you can’t actually see the Great Wall from the moon.

Tiananmen Square is one of the most important places to visit in China because of the protests that made the site infamous in 1989. Student protestors assembled in Tiananmen Square from April 15-June 4 in response to economic, social, and political unrest. The younger generation’s calls for change struck a nerve. Over 1 million people flooded the vast, treeless square in the center of Beijing at the height of the protests.

The peaceful demonstrations were forcefully quelled on June 4th, 1989. The government declared martial law, and unleashed armed tanks and troops carrying assault rifles on the civilian-filled square. The image of a single unknown man blocking a long line of tanks is the iconic image of these violent events. 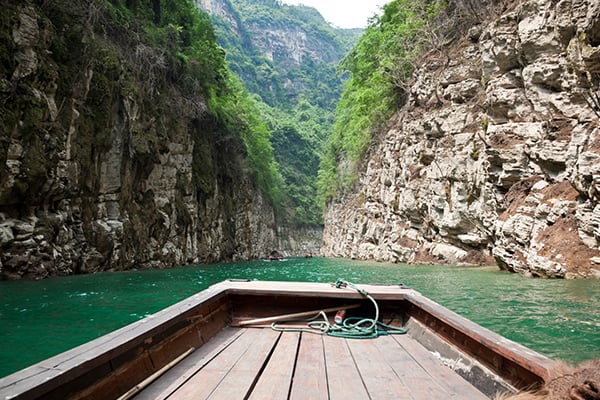 You can’t help but be awed by the Three Gorges Dam in central China. The hydroelectric gravity dam spanning the Yangtze River is the world’s largest power station, and quite a sight to behold. The steel and concrete structure took 18 years to build, at a cost of nearly $32 billion.

It produces massive amounts of energy, and also helps improve the flood management and shipping capabilities of the Yangtze River. The dam is one of the best places in China to visit, because at nearly 600 feet high and a mile and a half long, it is a true marvel of modern engineering.

Chinese emperors called the Forbidden City home for more than 500 years. This immense palace complex in the center of Beijing was the ultimate inner sanctum of Chinese rulers from the 1420s through the 1920s.  The ornate complex served as China’s royal residence, center of government, and ultimate artistic and architectural achievement.

The Forbidden City’s gardens, shrines, temples, and hundreds of other structures were protected by three-story walls and a broad, deep moat. These fortifications, in turn, were surrounded by the Imperial City, which was enclosed by the Inner City. It was the most protected fortress in the world, and the epicenter of Chinese ceremonial and political power.

The 178-acre Forbidden City site is one of best historical places to visit in China, and is recognized by UNESCO for its historical and cultural impact. 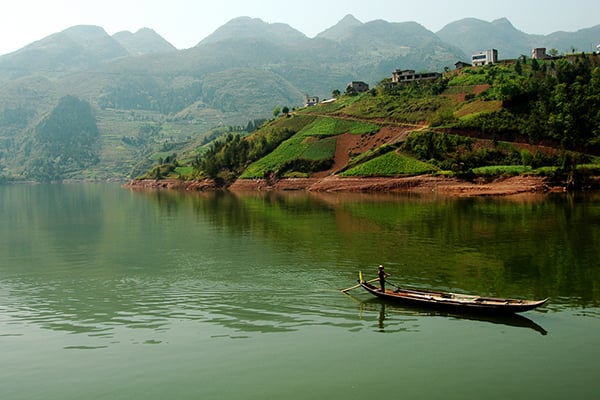 The mighty Yangtze is China’s longest river. It flows nearly 4,000 miles east from the Tibetan Plateau to the East China Sea. The river runs through China’s most stunning scenery, past countless historical and cultural landmarks.

The thick forests and sheer cliffs of the Three Gorges provide some of the Yangtze’s greatest sightseeing, which is best enjoyed on a scenic river cruise.

Beijing’s Summer Palace is the most beautiful Imperial Garden in the world. It represents the pinnacle of the exquisite Chinese style of landscape design. The complex was built in the mid-18th century in celebration of the emperor’s mother’s 60th birthday. The emperor erected lavish buildings in her honor, and created a naturalistic landscape of lakes and hills symbolizing Chinese myth and history.

The 733-acre site centered around Kunming Lake and Longevity Hill has been carefully preserved for centuries. Its UNECSO-recognized historic buildings, elegantly curved bridges, colorful gardens, and serene lakes put it at the top of the list of the best places to visit in China.

Pudong is one of the best places to visit in China because it shows just how far the country has come. Massive skyscrapers and luxury hotels tower above the Huangpu River. They are billion dollar replacements for the farms and warehouses that lined the river through the early 1990s. Powerful and massively successful corporations maintain offices in Pudong, which is now as important a global business city as New York or London.

Evidence of Pudong’s skyrocketing wealth is easy to see in its massive airport, glittering skyline, world-class restaurants, and unending construction projects. Pudong is the definition of a city on the rise, and one of the most interesting places to visit in China.

See the Best Places to Visit in China with YMT Vacations

Join YMT to discover the best places to visit in China for yourself. Our fully guided Legendary China & Yangtze River Cruise takes you from highlight to highlight. We also offer other Asia land tours that might spark your interest.

See everything from the ancient Terracotta Army in Xi’an to the panda bear exhibit at the Chongqing Zoo. In addition, you will enjoy a leisurely cruise down the Yangtze River, where natural beauty and stunning engineering and cultural marvels greet you at every turn. Call your travel consultant or YMT Vacations at 1-888-756-9072 to book today!