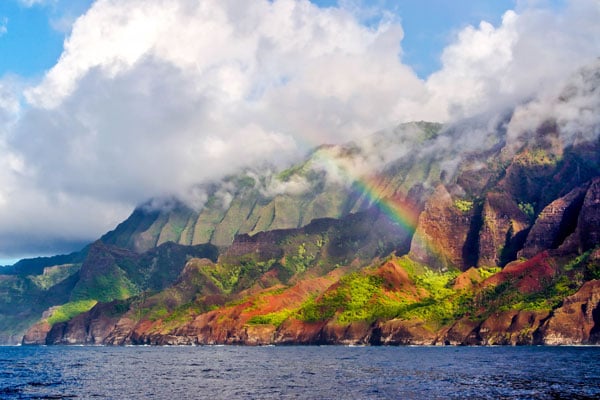 America’s vast and hugely diverse landscape is ripe for discovery in 2022. The United States covers almost 4 million square miles, each one special in its own way. You could spend your whole life exploring this country and still have more to see. The best places to visit in the U.S. range from bustling cities to the blissful quiet of the deep wilderness. From Alaska to Hawaii, from the West Coast to the East Coast, get inspired to find your dream vacation without even needing a passport.

The magic of America is its endless variety of cultures, sights, history, and people. This is a great year to travel the country and explore the best places to visit in the USA in 2022. 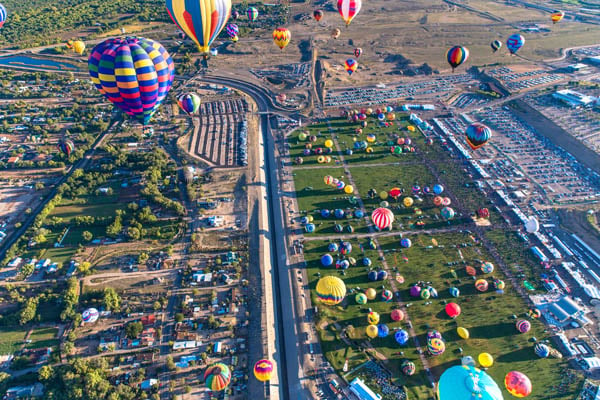 Albuquerque’s biggest claim to fame is the Balloon Fiesta, which is celebrating its 50th anniversary in 2022 with commemorative events and exhibitions. However, New Mexico’s largest city is more than just hot air balloons. This high desert city has an excellent Historic Old Town. Built around a central plaza, this adobe neighborhood is the location of the original city settlement.

When it’s time to eat, enjoy some of the area’s famous roasted hatch green chiles. They impart a delicious, distinctive spin on traditional Mexican dishes. 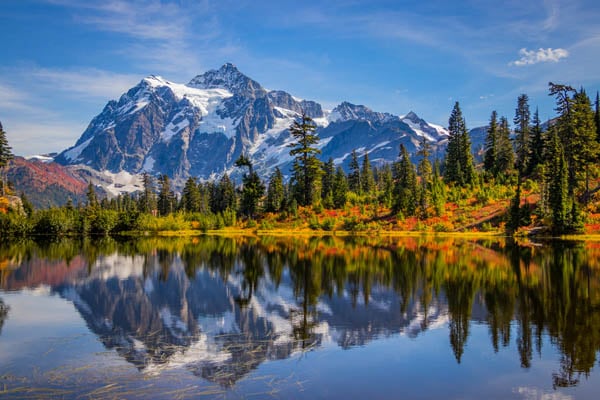 The Cascades are a breathtaking mountain range stretching from British Columbia to California. In Oregon and Washington State, the Cascade’s are at their most dramatic with and very accessible. Their striking landscape includes roaring rivers, thick forests, and towering peaks within easy driving distance from the cities. Mount Rainier, which is visible on clear days in Seattle, is the tallest mountain in Washington. Mount Hood is Oregon’s tallest peak and offers the only year-round ski slope in America.

See the Cascade Mountains on: Sights of the Pacific Northwest

The Queen City is known for its friendly people, southern charm, delicious cuisine, and NASCAR. Across Charlotte you can enjoy phenomenal soul food or the smoky tartness of Carolina-style barbecue, washed down with some locally brewed beer. The NASCAR Hall of Fame anchors the city’s thriving Uptown. This state-of-the-art facility showcases the history and culture of NASCAR in fascinating exhibits and interactive experiences. 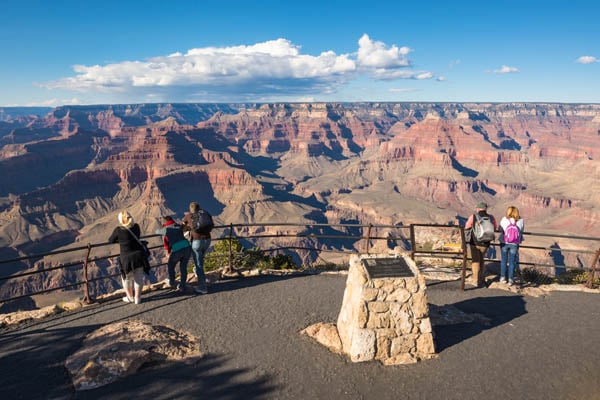 Arizona’s Grand Canyon National Park is the jewel of the national park system, and one of the most beautiful wonders of the natural world. The Grand Canyon’s steep walls were carved over millions of years deep down into the colorful spectrum of red, orange, and golden yellow rock of the Colorado Plateau. The Grand Canyon winds nearly 300 miles through the Southwest, cutting the world’s most magnificent scar across ruggedly beautiful terrain. 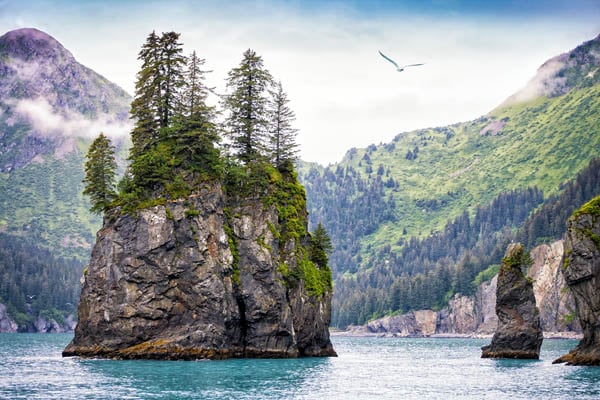 Kenai Fjords National Park offers a glimpse into what the Ice Age looked like. It contains giant icebergs, deep fjords, blue glaciers, and an abundance of wildlife. In the water, you’ll find marine animals from harbor seals and sea lions to otters and porpoises. Look for bald eagles and peregrine falcons gliding along the thermal currents, or clown-faced puffins wandering the snowy banks. Keep your eyes open for moose, black bears, and wolverines on the narrow strips of land between the water and the icefield. 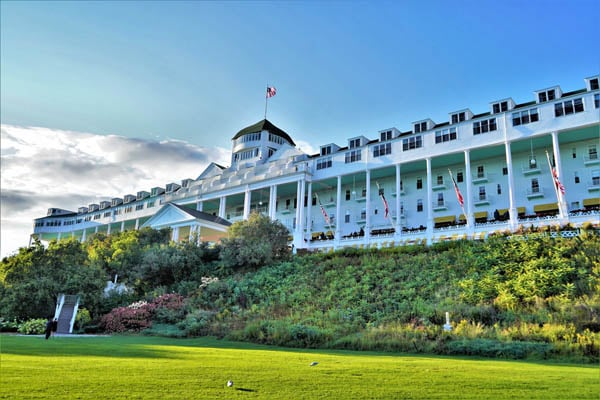 Nicknamed “The Jewel of the Great Lakes,” compact Mackinac Island in northern Michigan is unlike anywhere else in the world. Cars are not allowed on the island, so the moment you step off the ferry you are transported back to a more graceful era. Transportation options are limited to walking, bicycling, or horse-drawn carriages.

Island activities include horse-drawn carriage rides, tours of Arch Rock, Fort Mackinac, or Fort Holms, dining at Grand Hotel, and excellent shopping. Be sure to stop in at a few of the fudge shops, whose irresistible smell perfumes the entire downtown district. 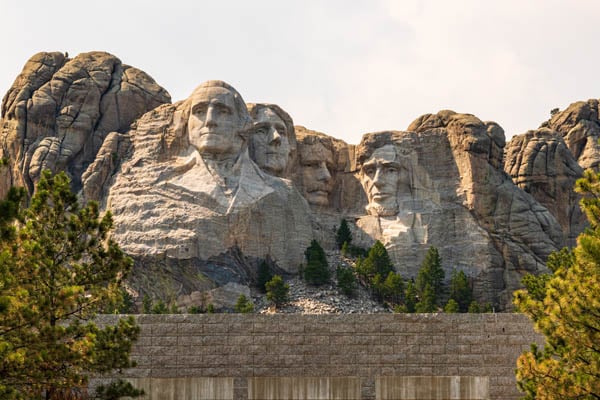 Deep in South Dakota’s Black Hills, surrounded by endless miles of nature, four great American leaders are carved into the broad granite side of a sunbaked mountain. The four presidents on the striking Mount Rushmore National Monument are George Washington, Thomas Jefferson, Theodore Roosevelt, and Abraham Lincoln. These massive, silent beacons are visited by over 2 million guests annually. 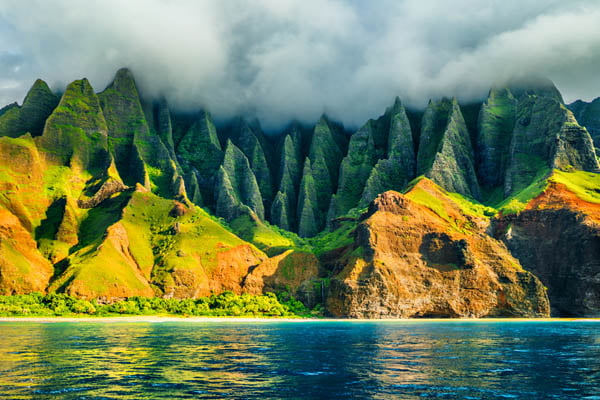 The spectacular Na Pali Coast is the most famous stretch of Kauai, the “Garden Isle.” Covering nearly 6,175 acres of coastline, the Na Pali Coast is best known for its steep cliffs, some standing as high as 4,000 feet above the Pacific Ocean. The lush, rugged, dramatic landscape is chock-full of hiking trails and gorgeous beaches that give way to secluded sea caves. 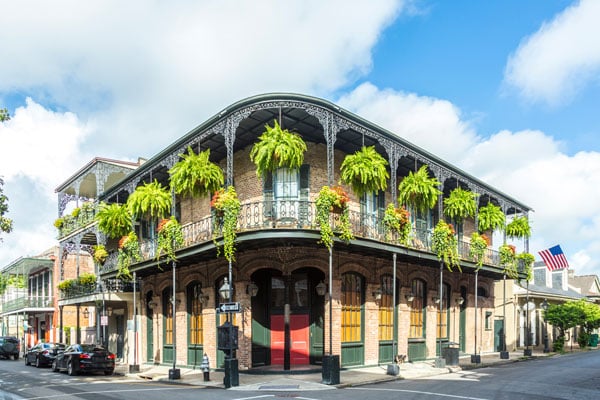 The Big Easy is a cultural, historical, and culinary treasure whose uniqueness puts it at the top of many peoples’ bucket lists. Known for its boisterous environment, Bourbon Street, and Mardi Gras, New Orleans is a feast for the senses. Live music rings out of famous jazz clubs, and wildly talented buskers play for change on the bustling sidewalks. The streets are lined with elegant, centuries-old architecture and romantically drooping weeping willows.

The southernmost city in California is the quintessential beach town. There are over 60 beaches to choose from, which you can enjoy year-round thanks to San Diego’s excellent weather. The city is also one of California’s most historical. Old Town State Historic Park is the site of the first European settlement on the West Coast, and its collection of 19th century buildings bring early California to life.

There are military museums and memorials in and around the city. The USS Midway, the 20th century’s longest-serving aircraft carrier, has been repurposed as a historical naval aircraft carrier museum. 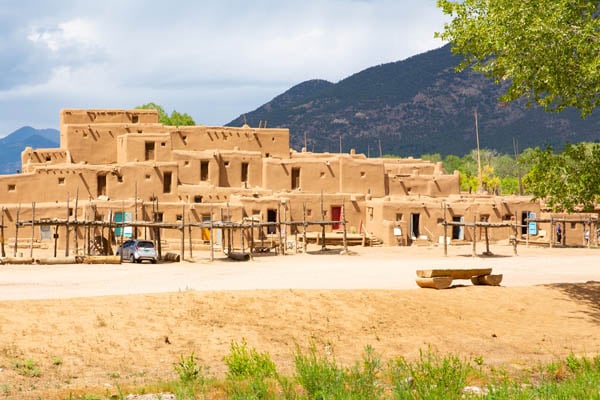 The lovely city of Taos, New Mexico is a secluded escape surrounded by mountains and filled with art and history. Situated at the base of the Sangre de Cristo Mountains, its views extend for miles into the desert and high up the forested mountains. The Taos Pueblos are the UNESCO-recognized home of the Puebloan indigenous peoples. Some of these stunning adobe structures are over 1,000 years old. They are considered to be the oldest continuously inhabited communities in the United States.

Taos has also long been a mecca for artists. The glorious work of local painters, craftspeople, sculptors, and ceramicists adorns the streets and fills the countless art galleries and museums around the city.

America’s capital city is the fittingly majestic center of our national government, full of monuments, museums, and dazzling architecture. The White House, Capitol Hill, and the Supreme Court are all striking structures in the heart of the city. Surrounding them are the world’s best museums. The 19 free galleries, gardens, galleries, and National Zoo of the Smithsonian Institute hold countless priceless artifacts from throughout history and the natural world.

See the Best Places to Visit in the USA In 2022 with YMT Vacations!

If 2022 is your year to explore the United States, a guided tour with YMT Vacations is the best way to do it. We offer memorable group tours of the lower 48, Hawaii, and Alaska throughout 2022. No matter what you want to see or where you want to go, there is a YMT vacation for you! To experience this and much more, make your reservations by calling your travel agent or YMT Vacations at 1-888-756-9072.