10 Best Things to Do In Charleston, SC 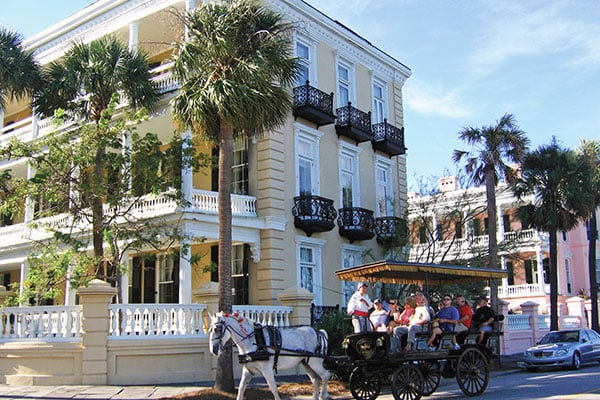 When people imagine Southern charm, Charleston, South Carolina is often the first place that comes to mind. The city on Charleston Harbor was founded in 1670, and still retains much of its historical appeal. Cobblestone streets, colonial architecture, and centuries-old military memorabilia are trademarks of the city. Gracefully drooping willow trees and vibrant flowers are found throughout Charleston. Delicious low-country cuisine is plentiful and at its most tasty here in its birthplace.

Charleston is friendly, welcoming, and full of incredible places to go, things to see, and experiences to enjoy.

1. See Where the Civil War Began at Fort Sumter 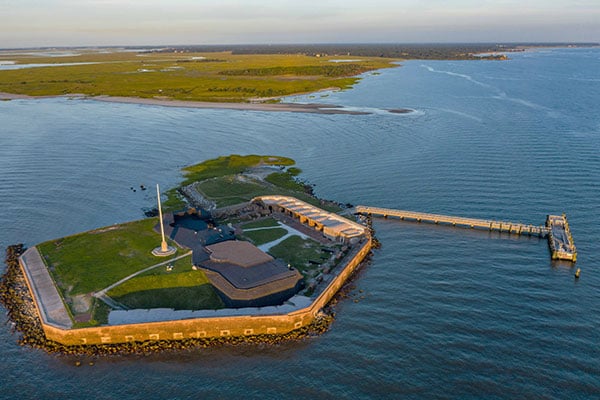 Charleston’s most famous historic attraction changed the course of American history. Fort Sumter, a tiny man-made island in the middle of Charleston Harbor, was controlled by Union forces in the spring of 1861.

On April 13, the volatile militia of the newly seceded Confederate state of South Carolina opened fire, officially starting the Civil War. The island can only be reached by ferry and is a must-see for history buffs

2. Take a Picture at Rainbow Row 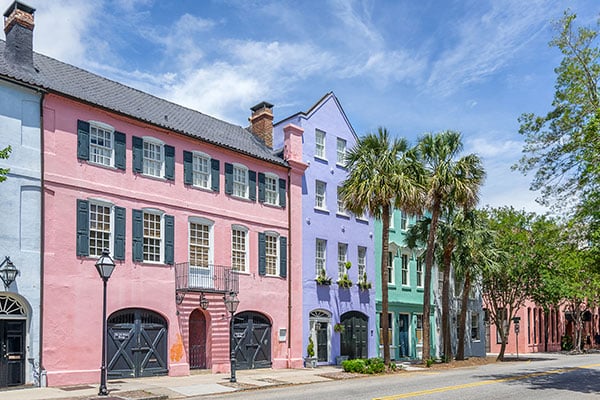 The thirteen brightly hued Georgian houses on East Bay Street are known as Rainbow Row. You will often encounter wedding parties and selfie-takers here at what has become the premiere location in Charleston to snap pictures. The charming homes date back to the 1740s, when merchants lived on the top floors and sold goods on ground level.

After the Civil War, the neighborhood fell into squalor until 1931. That was the year that Dorothy Porcher Legge decided to liven the place up. She and her husband bought the homes and painted them neon pink, supposedly to act as an easy landmark for drunk sailors stumbling home.

3. Stroll the Promenade at The Battery

The promenade and seawall on Charleston Harbor is named after the cluster of Confederate cannons still found on the site. It’s a great place to look out across Cooper River at Fort Sumter. Or you can simply stroll the scenic promenade and appreciate the neighboring 150-year-old Antebellum homes.

4. Look at the Military Relics in White Point Gardens 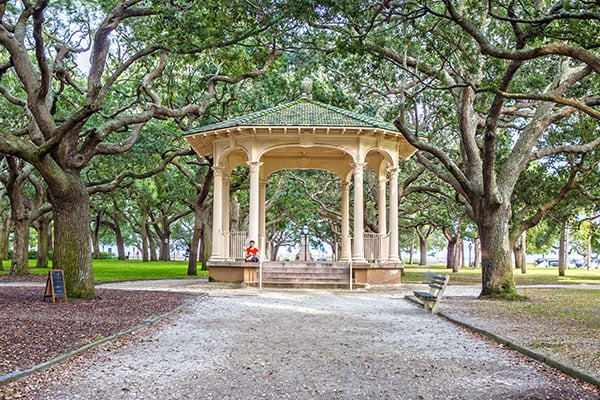 Covering almost six acres right next to the Battery, White Point Gardens is one of the most unusual public parks in Charleston. Displayed between mature trees and winding pathways is a tremendous collection of military relics and memorials that has been steadily growing since 1897. Retired cannons, naval artillery, and statues are displayed throughout the peaceful park.

5. Remember the Past at the Old Slave Mart Museum

An essential stop for everyone who visits Charleston, the Old Slave Mart Museum provides a stark, painful reminder of the city’s significant role and reliance on the slave trade. This museum in downtown Charleston is located in a section of one of the city’s largest former slave markets. It was established in 1938 as the first museum in the world dedicated to Southern slavery.

6. Explore the Stalls of City Market

One of the country’s oldest public markets, City Market is as vital to Charleston’s bustling downtown today as it was when it was first built in the late 18th century. The market complex stretches for four city blocks. It has countless stalls and vendors, and a fascinating museum. 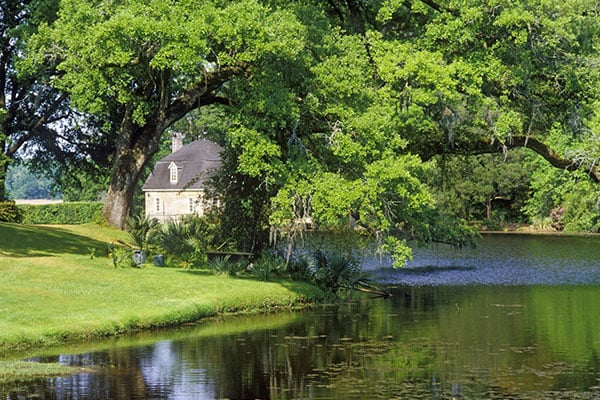 The Middleton Place Plantation is a beautifully restored rice plantation outside of Charleston. Work began on the sprawling property on the banks of the Ashley River in 1730. It was owned by the Middleton family, who witnessed its near destruction in the Civil War when it was captured and burned by Union soldiers.

After decades of extensive restoration, the plantation was added to the National Register of Historic Places in 1971. Today it is one of Charleston’s most popular attractions. It is famous for housing the oldest landscaped garden in the United States, a 65-acre masterpiece dotted with rare blooms and mature trees.

You don’t want to miss the Middleton Place House Museum, the Plantation Stableyards, or the delicious on-site restaurant.

8. Follow in the Footsteps of George Washington at the Old Exchange

After the war, it was here that local leaders ratified the Constitution and gained South Carolina statehood in 1788. In 1791 George Washington visited the Old Exchange to dance and dine during a goodwill tour of the South.

9. Take a Tour of Provost Dungeon

10. Enjoy the Weather at Marion Square

A green space in the heart of Downtown, Marion Square is a great place to enjoy Charleston’s bright summer sunshine and most impressive historic monuments.

Locals love to enjoy the warm weather and weekly farmers market on the massive lawn. And the park’s free wi-fi doesn’t hurt…

If you want to experience Charleston’s charms in person, we encourage you to join us on our Historic Southern Coast tour.

Explore many of the South’s greatest coastal cities, including Charleston, on an incredible history-filled journey through Florida, Georgia, and the Carolinas.

To make your plans to join one of our once-in-a-lifetime trips, call your travel consultant or YMT Vacations at 1-888-756-9072.