Golden California: How the Gold Rush Began in Sutter's Mill 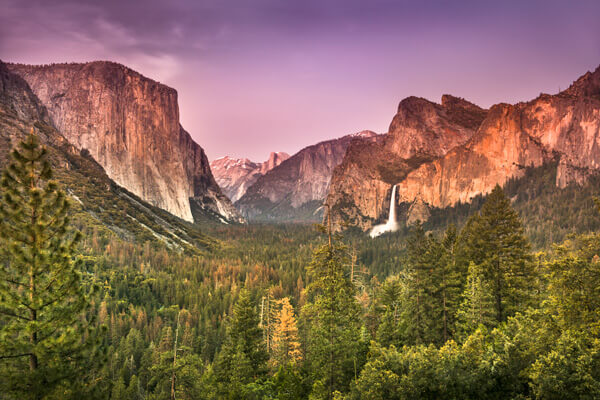 Sutter’s Mill sawmill is nestled in a peaceful valley in Coloma, California at the base of the Sierra foothills. Surrounded by ponderosa pines, on an average early morning in the late 1840s, all you’d hear would be the trilling of birds, the rush of the breeze, and the gentle roar of the American River winding its way through the property.

The quiet in Sutter’s Mill on January 24, 1848, was broken by James W. Marshall pounding small pieces of sediment with a rock. The shiny material he’d just found flattened out, and he ran to his fellow workers. “Boys,” he cried, “by God, I believe I’ve found a gold mine.”

Marshall’s discovery ensured that the sleepy, peaceful life around the mill—and around the world—would never be the same.

What Happened During the Gold Rush

The California Gold Rush lasted seven tumultuous years, as 300,000 people flooded the previously quiet territory to unearth over 12 million ounces of gold, currently valued at $17 billion dollars. The owner of Sutter’s Mill, John Sutter, wanted to keep the news quiet. His sawmill was in a richly forested region, and was well positioned to make him a lot of money. He didn’t want gold seekers to flood the area, or to lose his workers to gold fever.

The gold remained a secret for four days. Marshall rode to a nearby fort with the gold, and news started to spread. Local men searched for gold, and when they discovered rich, easily accessible deposits, they shouted about their good fortune from the rooftops.

Word traveled fast, reaching the 100 miles to San Francisco in May, when Sam Brannan, who owned a general store near Sutter’s Mill, paraded through the streets of the City by the Bay with a bottle full of gold bellowing, “Gold! Gold! Gold from the American River!”

Within weeks, San Francisco became a veritable ghost town, as many of its strongest, most ambitious young men fled east to the gold fields. News continued to spread, but the spark was truly ignited on December 5, 1848, when President James K. Polk verified the rumors in his State of the Union address, explaining, “The explorations already made warrant the belief that the supply is very large and that gold is found at various places in an extensive district of country.”

Suddenly, masses of people from all over the world made their way toward California. The considerable population increase, combined with the staggering quantity of gold the prospectors pulled from the gold fields, necessitated a rush on American statehood. Approximately 90,000 fortune seekers came to California in 1849, and their sheer volume led to a boom to other sectors of California’s economy. Large scale agriculture projects began, schools and churches were opened, countless businesses were created. The immigration transformed the untamed wilderness, and the once sleepy territory of California was welcomed as the 31st state of the Union.

Meanwhile, gold was still making people very rich. In the first year, gold was so easy to get that the average prospector was earning 10-15x what they would make working a “normal job” on the east coast. Diligent workers who spent six months in the gold field could make 6-years’ worth of wages fairly easily, and leave. But those who wanted to grow wealthy could spend even longer—and either strike the mother lode, or start incredibly profitable businesses catering to gold seekers. Sam Brannan, who first announced the discovery at Sutter’s Mill in the streets of San Francisco, became the wealthiest man in the state. He purchased tins, shovels, and other mining supplies in the city and sold them for a massive profit in mining towns.

He was not alone. Many women struck it rich by running boardinghouses, and shop owners, stagecoach drivers, gravediggers, and chefs were able to charge inordinate fees for very standard goods. Taking advantage of the lopsided supply and demand during the Gold Rush was by far the most reliable way to get rich quick.

By 1855, the Gold Rush was effectively over. The hundreds of thousands of individual miners had stripped the rivers and streams of their easily accessible riches, and now it was only businesses and larger groups that could make any money in gold mining.

At the end of the seven years, the world was irrevocably changed. The Gold Rush stimulated the global economy, increasing immigration and creating new markets for Hawaiian farmers, British manufacturers, and Chinese builders.

Many gold seekers who struck it rich returned home—either within the United States or to foreign countries—and spent their wealth locally, boosting economies from Australia to Austria.

Finally, California would never be the same. It had become the Golden State—a sophisticated cultural melting pot with booming cities including Sacramento and San Francisco—and continued to attract millions of people yearning for better weather, richer soil, and the better way of life.

Historian H.W. Brands remarked on the attractiveness of this California Dream—the chance to go somewhere completely new, work very hard, get very lucky, and create a truly magnificent life for yourself on your own terms—and how it marked a huge change in the American identity, “The old American Dream ... was the dream of the Puritans, of Benjamin Franklin's "Poor Richard"... of men and women content to accumulate their modest fortunes a little at a time, year by year by year. The new dream was the dream of instant wealth, won in a twinkling by audacity and good luck. [This] golden dream ... became a prominent part of the American psyche only after Sutter's Mill.

Gold Rush history is alive at Marshall Gold Discovery State Historic Park. It is set on the same historic stretch of the American River where the initial discovery was made, and features a replica of the original sawmill set very near the original discovery site. It contains numerous buildings, including a blacksmith shop, original homes, and miner’s cabins. It also contains the fascinating Gold Discovery Museum, devoted to the story and legacy of John Sutter and John Marshall, whose tiny fleck changed the horse of the world. It also contains exhibits to mining equipment, horse drawn carriages, and local Native American tribes.

See the Birthplace of the Gold Rush in Person!

Visit Sutter’s Mill, San Francisco, and nearby Sacramento with YMT on our Golden California National Parks Tour. These places were hugely important during California’s Gold Rush era, and are still teeming with history about the thrilling years between 1848 and 1855. History comes alive when you see these influential destinations in person—and you don’t want to miss out! Call your travel professional or YMT Vacations at 1-888-756-9072 to book!