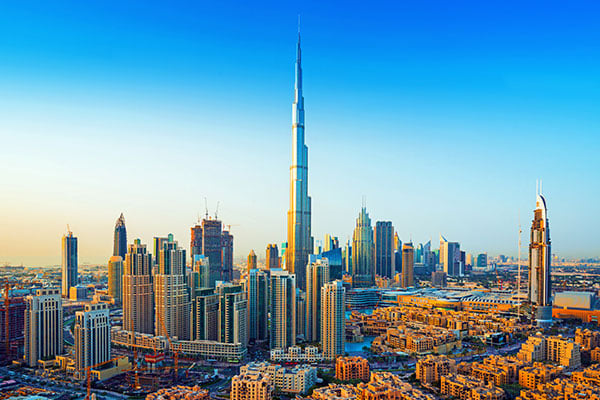 The Burj Khalifa was designed to impress. A record-breaking feat of engineering, it stands at 830 meters, over half a mile, high above the United Arab Emirates’ city of Dubai. It took five years and over $1.5 billion to construct the tallest building in Dubai and the world, and as you can imagine, it contains more than its fair share of interesting facts.

The government of the United Arab Emirates dreamt up the Burj Khalifa as a way to improve the nation’s image. They wanted to change the UAE’s impression from that of a wealthy oil producer without much draw for tourists, to a country that could attract travelers from around the world. They thought that more foreign tourism would lead to more foreign investment. The Vice President and Prime Minister of UAE, Sheikh Mohammed bin Rashid Al Maktoum, oversaw the project with the goal to “put Dubai on the map with something sensational.”

The name Burj Khalifa is made of two Arabic words—“Burj,” which means building or tower, and “Khalifa,” the surname of the United Arab Emirates’ king, Sheikh Khalifa bin Zayed al-Nahayan.

Skidmore, Owings and Merrill, the same team responsible for Chicago’s Willis Tower (formerly Sears Tower) and the One World Trade Center in Manhattan, were the architects of the Burj Khalifa. The building fuses many modern design elements seen in the most other tall buildings, with the traditional terraces and spires of Islamic architecture. It was created to withstand earthquakes, inclement weather, and winds of up to 150 mph.

Construction began on January 6, 2004, and the building was officially opened on January 4, 2010. It took an estimated 22 million man-hours to build the monolith out of 110,000 tons of concrete and 55,000 tons of steel rebar; at the peak of construction, 12,000 laborers worked on the building per day.

Burj Khalifa vs. Other Tall Buildings

Measured from its lowest pedestrian entrance to the top of its highest spire, and not including antennae flagpoles, or signage, based on the parameters set by the Council on Tall Buildings and Urban Habitat (CTBUH), the Burj Khalifa is the tallest building in the world. It’s triple the size of the Eiffel Tower and double the height of the Empire State Building.  It’s big, but how big? Let’s compare:

The tallest building in Dubai is a mixed-used building. It houses everything from a 5-star hotel to the highest nightclub and highest restaurant in the world.

Here is the Burj Khalifa by Floor:

The Burj Khalifa was designed to shatter records, beyond just being the world’s tallest building. It succeeded in setting numerous world records, including:

Attractions Around the Burj Khalifa 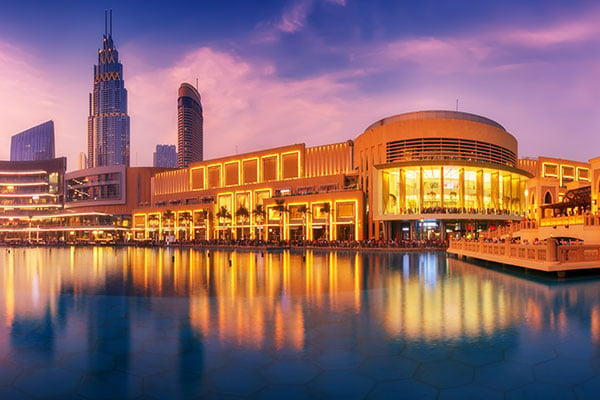 The Burj Khalifa’s location in downtown Dubai puts it in the middle of the action, surrounded by of a variety of unique attractions:

Visit Dubai and the Burj Khalifa with YMT Vacations

If you’d like to visit the world’s tallest building, we’d love for you to join us on Jewels of Arabia, which includes time in Dubai and a journey to the 124th floor Sky Level Observation deck of the Burj Khalifa.

To join this unforgettable journey, grab your passport, pack your bag, and call your travel professional or YMT Vacations at 1-888-756-9072 to book.