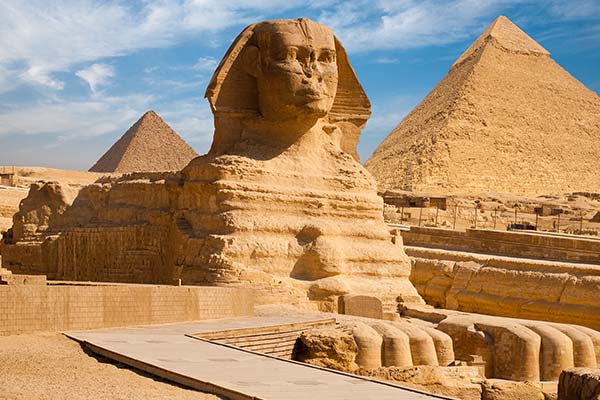 Egypt’s culture and historical sites have held our attention and sparked our imagination for thousands of years. Its colorful myths, all-powerful pharaohs, burial rituals, and reverence for cats are irresistible to everyone from children to retirees. And nothing captures our interest more than the epic, iconic monuments that Egyptians erected over the course of its millennia in power.

Egypt is on many people’s bucket list. From pyramids to grand temples and lavish tombs, these are the must-see sites of this can’t miss destination.

The lighthouse of Alexandria was a spectacular 350-foot-tall watchtower that was the most famous and advanced lighthouse in the world. Built during the Hellenistic period around 280 BCE, it was perched on the island of Pharos in the Port of Alexandria. Topped by a massive statue of the sun god, the lighthouse was considered one of the Seven Wonders of the World. An elegant technological marvel, virtually every other future lighthouse maintained the same basic design.

Several earthquakes and the ravages of time destroyed the lighthouse, all signs of it lost to the sea. Until the 1990s, when a large collection of stone blocks and statues from the lighthouse were discovered deep in the waters of the Port of Alexandria. After the discovery, the Egyptian government protected the ruins by turning them into an underwater park open to divers. 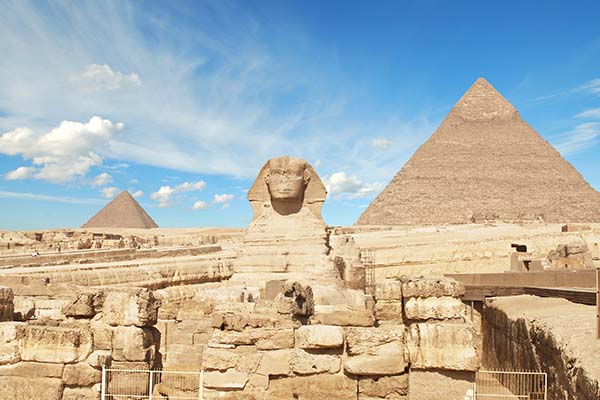 The four Giza pyramids and Great Sphinx are among the most impressive, memorable structures in history. These icons of ancient Egypt were built 4,500 years ago during the Fourth Dynasty of the Old Kingdom. They were the eternal resting places for the nation’s great pharaohs, who expected to rise as gods in the afterlife. The pyramids are spectacular tombs built to memorialize and prepare the pharaohs for eternity and contained everything the god kings would need to thrive after death.

The Great Sphinx joins the pyramids on the Giza plateau. The reclining limestone statue has the head of a man, the body of a lion, and the unreadable expression of the Mona Lisa. The Sphinx’s nose is missing, but no one is really sure why. Rumors abound that Napoleon Bonaparte had his men destroy it with a cannon during his French campaign in Egypt.

Valley of the Kings 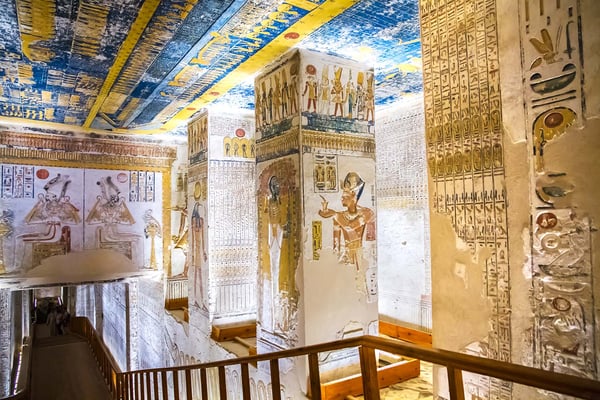 From the 16th to 11th century BC, tombs were cut out of the bedrock of the Valley of the Kings in the desert outside of Thebes. These 63 tombs, which contained up to 120 rock-cut rooms each, were created for the pharaohs and powerful nobles of the New Kingdom.

These lavishly decorated tombs, painted with detailed scenes from mythology and royal life, were filled with treasure. From gold and clothing to mummified remains, Egypt’s ruling class were interred with an eye to meeting all of their wants and needs in the afterlife. The most famous resident of the Valley of the Kings was Tutankhamen, whose miraculously intact tomb was uncovered in 1922. 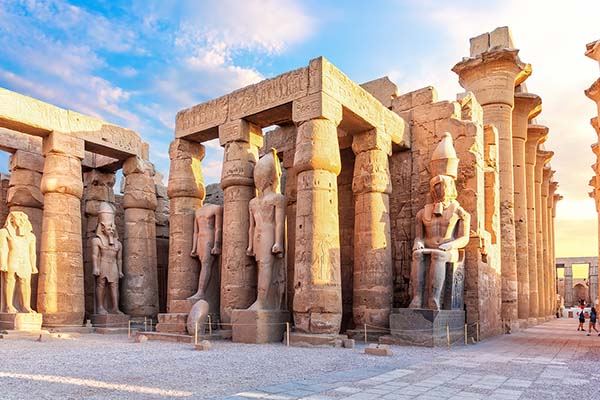 Luxor Temple’s Egyptian history goes back over 3,400 years. A part of the ancient city of Thebes, it was the coronation site of kings and pharaohs from the new kingdom through at least Alexander the Great. The complex has contributions from many of the most recognizable names of antiquity. It consists of structures commissioned by Amenhotep III, Alexander the Great, Tutankhamun, Ramesses II, and even the Ancient Roman and Holy Roman empires.

Temple of Horus at Edfu 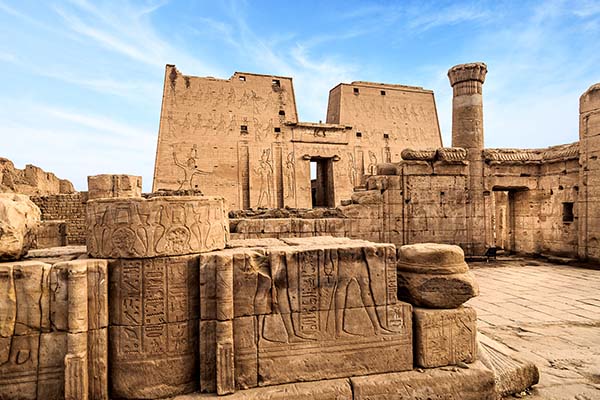 The temple of Edfu on the Nile in upper Egypt is one of the most intact shrines in the country. It was built between 237 and 57 BC during the Ptolemaic Kingdom. Its lavishly decorated walls have inscribed texts and painted scenes covering religion, language, myths, and vivid interpretations of the legendary conflict between Seth and Horus.

This unusual temple was mostly constructed during the Ptolemaic Dynasty in the first and second centuries BC. The complex is cut perfectly in half, with mirroring sides dedicated to the crocodile god Sobek and the falcon god Horus. It has completely equal billing of religious facilities, royal courts, and other rooms for both deities.

The Aswan High Dam, the world’s largest embankment dam, was erected over the Nile in the 1960s. Near the border with Sudan, it was created to control the annual flooding of the Nile. Ancient Egypt relied on this annual event, but the unpredictability of the Nile flooding proved to be very challenging in the modern world. The dam created the artificial Lake Nasser, which forced the relocation of Aswan‘s ancient structures. 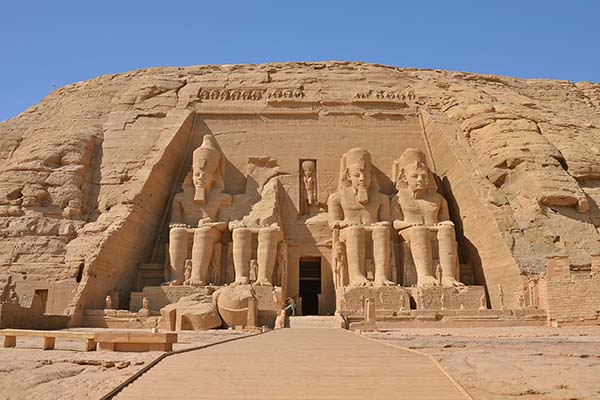 The most famous site impacted by the creation of Lake Nasser was Abu Simbel. One of the most spectacular sites in all of Egypt, it consists of two gigantic rock cut temples flanked by four colossal statues of a seated Ramses.

They were carved into the crimson stone in Aswan overlooking the river Nile in the 13th century BC. The two massive, seated figures, as well as smaller statues of Ramses’ children and wife at his feet, are some of the most iconic artworks in Egypt and the world.

The entire complex was moved in 1968. It took an incredible engineering effort to relocate the relief carving from its original position, which would have been flooded during the creation of Lake Nasser.

The best way to see the sites on this list of Egypt’s tourist attractions is on a guided tour, like our Ancient Egypt and the Nile River Cruise. Take away the complication of planning a trip that covers hundreds of miles across deserts, rivers, and millennia.

Instead, let YMT Vacations handle the details so you can enjoy the journey. Our tour combines a land tour with a Nile River cruise. Enjoy Egypt’s historical sites on a journey that covers everything. From creation myths to Cleopatra, the last pharaoh of Egypt. From the Luxor Temple Egypt to the Egyptian Museum in Cairo, and beyond!