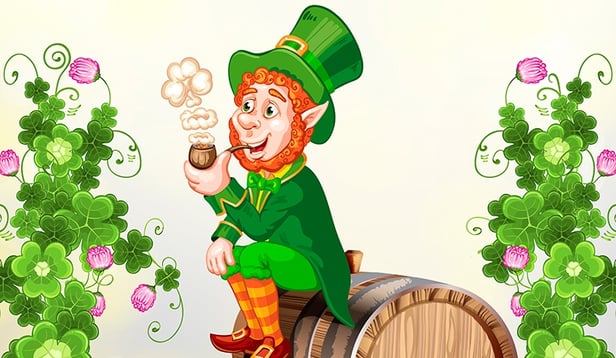 The Origins of Irish Folklore

From ancient times, the Druids and the Celts believed in the power of magic. There are stories of sacred shamrocks that could ward off evil spirits, water sprites, fairies with the power to ruin a mortal's sleep, heartbroken banshees, and mischievous leprechauns. Even the lush natural landscape was shrouded in mythology. The gentle mist-covered lakes were once believed to be gateways to the Otherworld, while the Giant’s Causeway was a bridge built by Finn McCool to reach his love across the sea. This earnest belief in their magical creatures and famous Irish legends was so widespread and precious to the Irish people that it persevered through the centuries, and still remains part of Ireland’s literary legacy and its storied history. 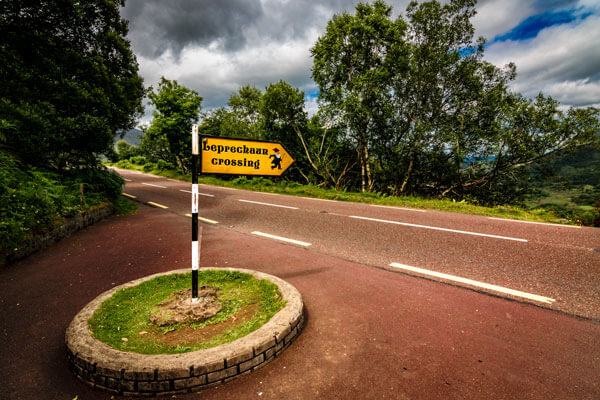 Just read a few Irish folk tales and poems, and it won’t be long before you come across the tales of tiny green-suited men busy with the “click of an elfin hammer,” or hiding away stashes of gold at the end of the rainbow. These tricksters can be traced back as far as the 8th century when the legend of these small water spirits called luchorpans was first told. In truth, these mythological tales were more than likely used as morality lessons -- warnings against the greed of getting rich quick, or the frivolity of foolish behavior.

Probably the most common of all wee Irish folklore creatures—you would be right to believe that the Irish countryside was once thick with them. Irish fairies were banished underground a thousand years ago by the Milesians, and now live underneath fairy trees that act as a gateway between our world and theirs. Woe to anyone who cuts down a fairy tree—it’s very bad luck, and the magical folk who dwelt beneath will ensure that from that night onward, the destroyer shall never again know a good night’s sleep. Thankfully, the Clare County Council knew better than to stoke fairy ire when building its new bypass motorway in the late 1990s, when they decided not to cut down a fairy tree (usually an Ash or Hawthorn tree standing by itself in a field), and simply built the road around it.

Also known as fairy women, banshees are female spirits whose haunting wail signals the death of a human’s family member. Her appearance varies—sometimes she’s unnaturally tall, with a green dress and long streaming hair, sometimes she’s a shriveled old woman barely a foot tall—but her eyes are always red from weeping, and her bitter cry is called the most mournful sound on earth.

Known as merrow, the beautiful women of the species, merrow-maidens, live to lure young human men into the depths of the sea, where they will live in a state of enchantment. Their songs and physical forms are beautiful—unlike the males of the species, who are called sea hounds and have green teeth and hair, piggy eyes, stubby fin-like arms, and a nose turned red by continued overindulgence in brandy. 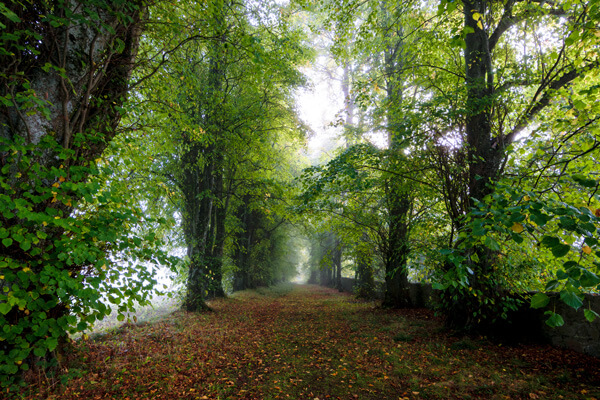 Spirits that drift in and out of the physical realm, sprites are some of the most supernatural Irish folklore creatures. The most common sprite is encountered primarily in lakes and rivers—water sprites can breathe either air or water, and often have the ability to fly. If you don’t threaten a water sprite, they will not be aggressive. They are beautiful, elegant creatures, rare in their feelings of ambivalence toward human beings.

Just because leprechauns are the only ones to have made it to the cover of a cereal box doesn’t mean that they’re the only mythical creatures important to the Irish people. The whole island is full of magic—in the stunning scenery, delightful culture, and its large population of supernatural beings—that you can experience on YMT Vacations’ Best of Ireland Tour. Explore the legendary Ring of Kerry or visit the Cliffs of Moher, wander the streets of Dublin or kiss the Blarney Stone and be granted the “gift of gab.” To make your plans to join us on this 12-day tour, contact your travel professional or YMT Vacations at 1-800-816-9752.