Hawaii's Sunscreen Ban and How it Will Affect You 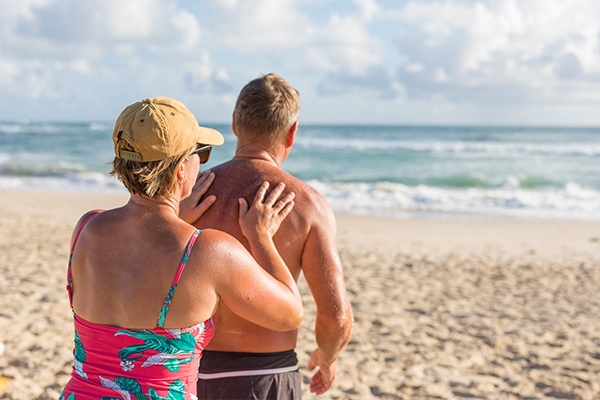 Hawaii’s crystal-clear but fragile reefs and ocean life are one of the great attractions of the Aloha state, and a resource the state wants to protect for both tourists and locals alike.

It’s for this reason that in 2018, Governor David Ige signed a sunscreen ban into law. Although this law doesn’t actually ban all sunscreen, it does ban sunblock products that contain certain chemicals.

Why the Hawaii Sunscreen Ban?

A reef is only as healthy as its coral, and across the world, coral is under threat. Warmer waters and pollution have caused widespread coral bleaching events, during which the symbiotic algae living inside coral abandons its host. Unless the algae return, the coral whitens and dies.

A study by the nonprofit scientific organization Haereticus Environmental Laboratory determined two chemicals often found in sunscreen—oxybenzone and octinoxate—can cause coral to bleach, as well as causing DNA damage, deformities, and coral death. With an estimated 14,000 tons of sunscreen winding up in the ocean every year, these chemicals represent a threat to reef health.

How Will the Sunscreen Ban Affect You?

You may still bring your own sunscreen from home, but you will want to ensure you have reef-safe sunscreen, especially if you plan to get in the water.

Since the Hawaii sunscreen ban has been in effect since January 1, 2021, it is much easier to find reef-safe sunscreens in stores across the United States. If you’re having trouble finding Hawaii-approved sunscreen, snorkel and dive shops typically stock it.

If you’ve booked a Hawaiian cruise or are planning on taking a guided tour of the islands, you may be wondering: What sunscreen can you use in Hawaii?

Avoid any sunscreens that contain oxybenzone and octinoxate. These are the chemicals that are harmful to coral.

Hawaii was the first U.S. state to ban reef-damaging sunscreen, and it is no longer alone. Several other popular U.S. vacation destination have followed suit, including Key West and the Virgin Islands. You will also need reef-safe sunscreen if you plan to visit parts of Mexico, Palau, Bonaire or Aruba.

Faced with an increase in bans and consumer demand, sunscreen companies have had to switch to safer ingredients. It’s a small step, but well worth it to keep Hawaii’s reefs and others (and the critters that live on them) as healthy as possible.