How Mount Rushmore Was Constructed 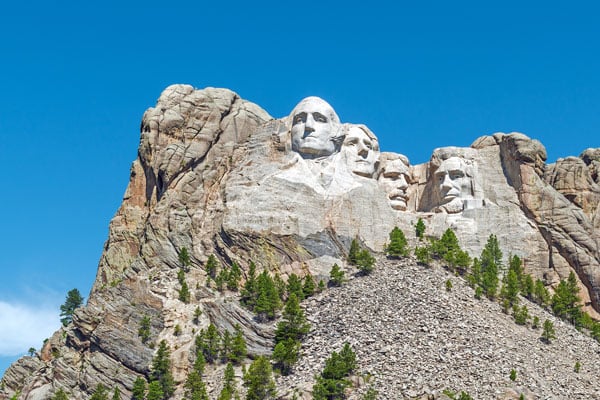 Deep in South Dakota’s Black Hills, surrounded by endless miles of nature, four great American leaders are carved into the broad granite side of a sun-baked mountain.

The monument took a team of over 400 workers more 14 years to build, and is considered “an accomplishment born, planned, and created in the minds and by the hands of Americans for Americans.”

Why Did They Build Mount Rushmore? 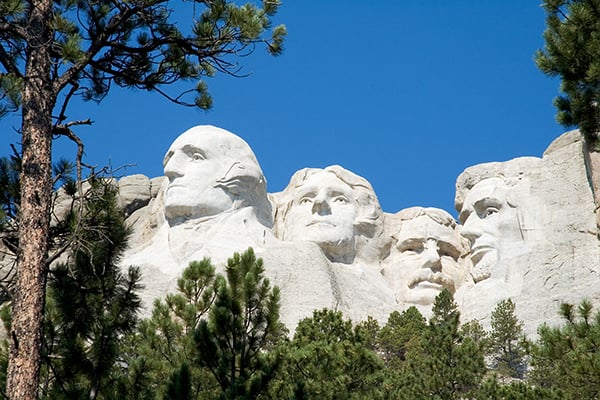 In the 1920s, South Dakota’s historian Doane Robinson wanted to attract more tourists to his tiny state. Robinson loved South Dakota—especially the beautiful and dramatic Black Hills—and he believed that if he could build a unique tourist attraction celebrating that history, visitors wouldn’t be able to stay away.

In August of 1924 Robinson contacted an artist by the name of Gutzon Borglum, and pitched an idea to carve colossal, larger than lifesize portraits of legendary Wild West heroes. He wanted them carved into the granite pillars of the Needles, a region of the Black Hills with granite pillars, towers, and spires. Robinson imagined detailed sculptures of native chiefs, infamous outlaws, and brave lawmen. He dreamed to transforming the weathered stones into exquisite artworks at such a massive scale that his out-of-the-way state could stake claim to the 20th century’s first true wonder of the world.

Borglum wanted to go bigger. He would do it, but at the more stable site of Mount Rushmore, and focused on more universally appealing subjects. People liked the Wild West, but they loved their founding fathers. Borgium would create a monument to America’s first 130 years, focused on four of its most influential presidents, carved at a truly jaw-dropping scale.

How Did They Build Mount Rushmore? 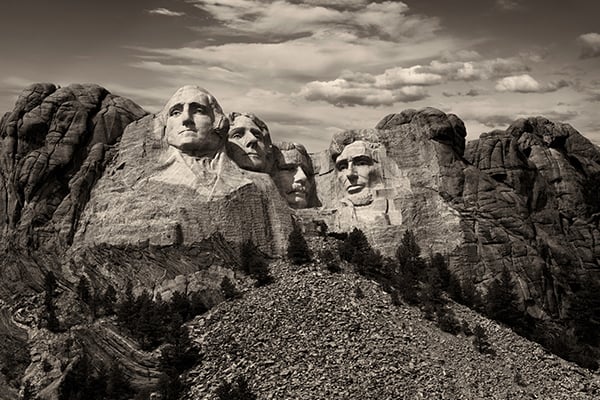 Construction on Mount Rushmore lasted from October 1927 through October 1941. Over 14 grueling years, Borglum and a team of up to 400 workers removed more than 400,000 tons of rock to reveal a masterpiece beneath.

Dynamite was used early in the process, but as the details of the presidents emerged, men would dangle from the side of the mountain with mallets and jackhammers, utilizing an ancient Greek process called honeycombing. After drilling holes close together, they could cut away small pieces of rock by hand, allowing for stunning precision.

Who Is on Mount Rushmore?

Borglum selected presidents he considered to be the backbone of America. Each man could be summed up in one essential concept: they represented America’s birth, growth, development, and preservation.

America’s first president played a huge role in setting the fledgling country’s course. He led the colonists in battle, helped establish the government, and inspired a unified national identity.

Our first hero even stepped away from the role; he retired after two terms, establishing term limits as law to prevent another king from seizing power. Even when he was the one being offered the crown.

One of the main authors of the Declaration of Independence and America’s third president, Thomas Jefferson struck a deal that doubled the size of the United States in 1803.

The $15 million Louisiana Purchase from France turned a million square miles of French territory into the new nation’s heartland. All or part of 15 present-day states were part of the massive acquisition.

Teddy Roosevelt ushered America through the beginning of its reign as global superpower. The 26th president held office from 1901-1909, some of the most prosperous years in America’s history. The booming economy and explosive growth in industry were part of what earned Roosevelt a place on Mount Rushmore. Arguably his most important feat, however, was building the Panama Canal.

For centuries people had dreamt of building this shortcut through Central America, but President Roosevelt was the one to finally get it done, gaining untold wealth, power, and prestige for the United States.

America’s 16th president led the Union out of the morass of the Civil War. Diplomatic and forward thinking at every turn, Lincoln was able to abolish slavery and preserve the union. America’s future as a united country was in significant danger, and it took a masterful politician to guide us to the other side

From the size of Washington’s face to the reason builders had to blow up Jefferson, there are many fascinating facts around America’s “Shrine to Democracy.”