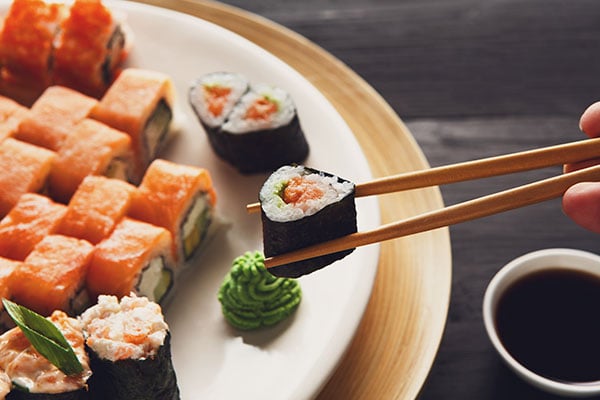 One of the main reasons so many travelers have Japan at the top of their bucket list is for the tiny island nation’s one-of-a-kind culture. Japan kept itself isolated from the rest of the world for centuries under their isolation policy of Sakoku, finally emerging in the mid-1800s with an utterly unique identity, free of the Western influence that had already seeped into many parts of Asia. Japan has changed drastically in the more than a century since the end of Sakoku, and while it has certainly been influenced by the rest of the world in that time, it has maintained the majority of its still strong cultural identity.

The Heart of the Cultural Heritage of Japan

What makes Japanese culture so special can really be boiled down to one thing: respect. The reverence Japan shows toward its history, its traditions, the earth, and other people, sets it apart from other modern societies. Japanese hospitality, or omotenashi, is adhered to scrupulously as a point of national pride. The concept combines selflessness, consideration, and extraordinary politeness with a commitment to maintaining harmony and avoiding conflict. It’s a heartfelt expression of kindness and gentility, done without any anticipation of reward in return.

The influence of omotenashi touches all aspects of life in Japan. From when they eat to how they help lost gaijin, or foreigners (there are many examples of busy locals stopping what they’re doing to lead disoriented tourists back to their train station), consideration and respect can take on a different appearance here. Japan’s cultural differences don’t have to be scary, as long as you know what to expect.

If you’re visiting and want to respect Japan's lifestyle and culture, we have some dos and don’ts you’ll definitely want to heed to avoid offense or culture shock in Japan. You can feel confident if you do:

Do Use Proper Chopstick Etiquette

You won’t be expected to be a total expert at using chopsticks when in Japan, but you should try your best and stay mindful of the traditions and etiquette of using the extremely common — and symbolically rich — tool.

Do Toast With “Kanpai!”

When you sit down for a nice drink in Japan, don’t take your first sip until after the traditional toast has been made. Kanpai is the most common cheers in the country, and means “dry the glass,” the equivalent of “bottoms up!” in English. You don’t have to drain your beer, and it would be uncouth to chug your sake — just drink as much or as little as you like and enjoy the experience.

Do Learn Some Japanese

As a show of respect, and because it’s a whole lot of fun, you would be wise to learn a few common Japanese phrases. Arigatō means thank you, and is always appreciated. While gomen nasai, or “I'm sorry,” can make up for a multitude of blunders. Be sensitive and respectful of Japan, and you’re guaranteed a richer experience!

Do Take Off Your Shoes

You will be expected to remove your shoes in private homes, temples, and even certain restaurants because of a concept called uchi-soto. Uchi-soto means, basically, inside vs. outside, or clean versus dirty. By taking off your shoes (and making sure your socks haven’t got any holes!) you show respect for the sanctity of a private place.

Now that you know what is acceptable, you’ll want to be aware of the possible pitfalls to avoid. If you follow the spirit of omotenashi and pay attention to these simple don’ts, your trip will easy as taking the bullet train from Akita to Tokyo.

A perfect example of the national commitment to courtesy is the attitude toward eating and walking. It is considered unacceptable because there’s a good chance of spilling, and potentially making a mess that someone else would be forced to clean up or that an innocent bystander might step in. It is considered rude in Japan to behave in a way that would cause someone else to be inconvenienced. If you pick up food in one of Japan’s excellent stalls, vending machines, or convenience stores, sit down at one of the countless and easily accessible designated seating areas to enjoy.

Jaywalking, a commonplace sight in the United States, is frowned upon very highly in Japan. For one thing, it is unsafe, but more importantly, it sets a poor example. Jaywalking at all might get you a stern look from fellow pedestrians or a reprimand from the local police, but jaywalking in front of children will almost certainly earn you a fearsome tongue lashing — likely from more than one person.

One thing you can expect of your time in Japan is to be appreciated for trying your best to assimilate into their world. Traditionally, Japanese people greet one another with a low bow, but locals won’t expect you to know all of their complicated customs. A simple head nod and a friendly “konnichiwa,” which means good day, will be enough.