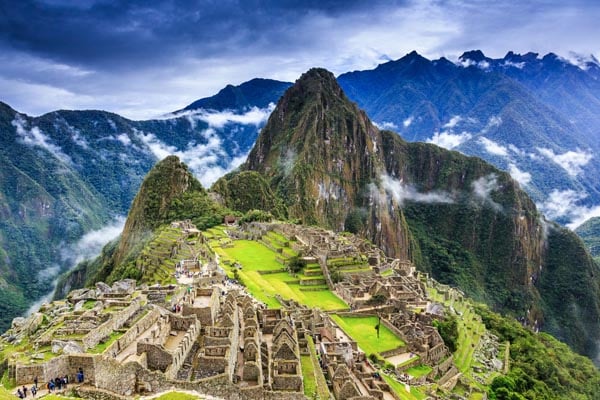 Since its “rediscovery” in 1911, the ancient ruins of Machu Picchu have fascinated archaeologists, historians, engineers, and travelers all over the world. The vast complex was listed as a UNESCO World Heritage site in 1983, and in 2007, it became one of the New 7 Wonders of the World.

If you’re one of the over one million people who will experience a Machu Picchu tour this year, we’ve gathered 8 facts about Machu Picchu that will spark your curiosity about this captivating and beloved destination.

When Hiram Bingham “discovered” Machu Picchu in 1911, he believed it to be the lost capital city of Vilcabamba. Decades later, however, the ancient city Hiram was looking for was found by another American explorer several hundred miles away. To this day, the true purpose of the Inca site is still unknown. The ruins — which consist of over 150 palatial houses, baths, temples, plazas, and sanctuaries — may once have served as a mountain resort for nobility, an astronomical observatory, or as the final stop of an important spiritual pilgrimage.

2. There is a Best Time to Visit Machu Picchu 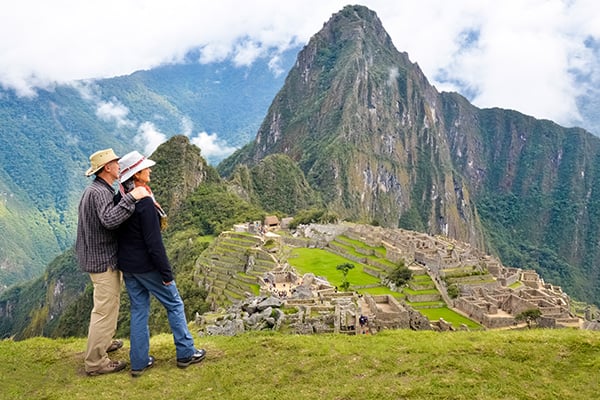 There are two main seasons at Machu Picchu: rainy and dry. Most of the annual rainfall occurs between October and April. So, if you want to avoid rain during your exploration of Machu Picchu, the best time to visit is June, July, and August. This time of year has little to no rainy days. The temperature during the summer season ranges from highs in the mid-80s to lows in the mid-40s.

3. Over Half of The Site’s Architecture Lies Beneath The Surface

Though we may visit this World Heritage site to marvel at its walls, steps, and buildings, nearly 60% of its construction is underground. Below Machu Picchu lies deep, subterranean foundations and an extensive rain drainage system made of crushed rocks which helped residents manage the wet season’s heavy rains.

4. Machu Picchu is a No-Fly Zone 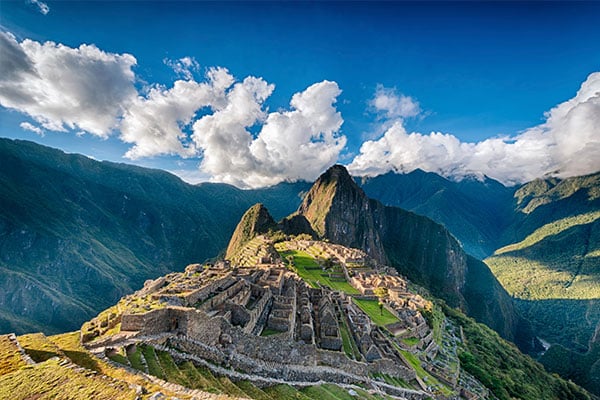 The ruins of Machu Picchu’s hold profound cultural significance. Additionally, the region’s ecology — full of rare flora and fauna — is especially fragile. Allowing the passing of aircrafts, helicopter tours, and personal drones would introduce air and noise pollution which would negatively impact the sacred site. It would also cause an increased risk of physical damage to the site and surrounding forests in the case of a crash. Therefore, no aircrafts are permitted to fly over the area.

5. There is Attire Visitors Cannot Wear

In an effort to protect the sanctity of Machu Picchu, Peru’s government formally passed legislation in 2017 that bans non-Peruvian traditional attire. This means visitors cannot visit the religious site while wearing cultural costumes from other countries. This includes attire like Scottish kilt, Japanese kimono, or German lederhosen.

When the Spanish conquistadors invaded Peru in the 16th century, the Incan people destroyed many of the paths that led to Machu Picchu to keep the site from being discovered and looted. In addition to burning forests in an attempt to conceal access trails, they destroyed most of the stones along the Inca Trail, which is the route many visitors hike today to reach the famous landmark.

Peru is known for earthquakes, and Machu Picchu happens to sit on two fault lines. So how has this ancient site survived while more modern cities, like Cusco and Lima, have crumbled? Thanks to something called “ashlar masonry.” This age-old engineering technique is when builders cut stones to fit together so perfectly that no mortar is needed. During earthquakes, the stones are said to move together with the earth and always reset back into place.

8. There is a Daily Visitor Limit

In July 2017, UNESCO and Peru came to an agreement to allow only 2,500 tourists in to visit Machu Picchu each day. This means that if you want to see this incredible site filled with engineering, architectural, and cultural wonders, you’ll want to reserve your ticket far ahead of time.

Delve into the mysteries of Machu Picchu Tours with YMT Vacations

Machu Picchu has fascinated travelers and historians alike for over 100 years since its rediscovery and is at the top of many travelers' bucket lists. See Machu Picchu for yourself and experience the wonders of Peru on an unforgettable 13-day vacation with stops in Lima, Sacred Valley, Machu Picchu, and more. To make your arrangements, visit ymtvacations.com or call 1-888-756-9072.