How the Panama Canal was Built 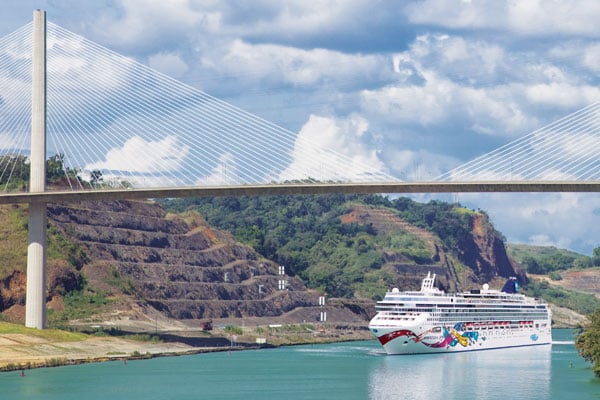 The Panama Canal is one of the world’s most important and impressive engineering marvels. Once considered an impossible dream, this on-land shortcut across 50 miles of Central American jungle connects the Atlantic and Pacific Oceans.

Who Built the Panama Canal?

For most of human history, ships had to sail thousands of miles to get from one side of South America to the other. There was no way to bridge the temptingly narrow Isthmus of Panama, and who could imagine there ever would be?

The first to invest in the idea were the Spanish in 1524. King Charles I had a regional governor survey the area to see how feasible a Canal de Panama might be. They soon determined that the dense jungle and steep terrain made the cross-land shortcut impossible. For the next several centuries wars, political events, and engineering limitations put plans to build a canal on hold.

Spain's government authorized the construction of a canal in 1819. The incredibly complex project remained a low priority for another two decades. Interest spiked in the 1840s, when millions of dollars’ worth of newly discovered Californian gold needed to travel across the world. An international effort was launched in 1876, but the Spanish-led team was never able to complete their plan.

In the 1880s, after successfully completing the Suez Canal in Egypt, Count Ferdinand de Lesseps took his turn. The French team ultimately failed due to a flawed design, dismal working conditions, and frequent outbreaks of deadly tropical diseases.

Teddy Roosevelt and the Panama Canal

In 1902, the American government under Teddy Roosevelt helped Panama gain independence. In exchange, the government of the free Republic of Panama signed the Hay-Bunau-Varilla Treaty, granting the U.S. exclusive possession of the Panama Canal Zone.

The U.S. Army Corps of Engineers was the team who built the Panama Canal, breaking ground May 4, 1904. The decade-long construction was marred by faulty equipment, turnover in leadership, sanitation issues, and extremely rugged terrain. Finally, the $375 million Panama Canal was opened by President Woodrow Wilson on August 15, 1914.

In the more than a century since the Panama Canal was completed, it has become a vital tool for global commerce. The more you know about how the Canal functions, the more impressive it is. 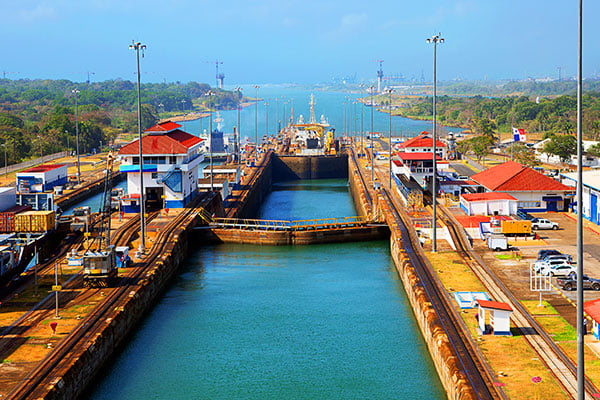 Whether starting on the Pacific or Atlantic side, ships cross the Panama Canal using a series of locks. The Panama Canal’s locks act like elevators that go up and down by filling or emptying fixed chambers with water. They raise ships from sea level to 85 feet above sea level, the same altitude as Gatun Lake and other artificial waterways that make up the canal. Ships then travel across these connected bodies of water to the other side, where they are lowered by another set of locks to sea level and returned to open waters.