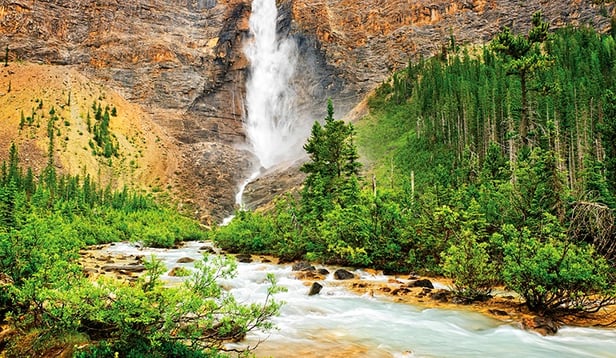 Just west of Edmonton, the Canadian National Parks of Banff, Jasper, and Yoho combine to form 300 miles of the Rocky Mountain Parks World Heritage Site. While you’ve no doubt heard of the first two, Yoho may just be one of the best-kept natural secrets of North America. With rugged peaks and alpine meadows, dramatic waterfalls and turquoise colored cold-water lakes, the smallest park of the trio is virtually unknown, and as such, features draw-dropping landscapes with very few crowds to contend with.

Named for the Cree expression of awe and reverence, Yoho features world-class hiking, raging rivers, and an abundance of wildlife. As the world prepares to celebrate the centennial of Canada’s National Parks, we invite you to go a bit further afield and explore the top five things to do in Yoho National Park: