What Language Do the Swiss Speak?

Switzerland is a small country, approximately half the size of the state of Maine, bordered by Germany, Italy, France, Austria, and Lichtenstein. The country is divided into 26 cantons, the Swiss equivalent of states, each of which may choose from four official languages. That's right, there is no "Swiss language.

Whether a canton chooses German, Italian, French, or Romansch is determined very much by geography, and the nearest border country. The German language is spoken nearly exclusively in the east, north and center of Switzerland, French is spoken in the west, and the south speaks Italian. Romansch is spoken by fewer than 1 percent of the population, and is one of three official languages in the Canton of Grisons.

These official languages are used in schools, legal documents, in signage, radio, television, and more. Certain cantons have more than one official language, but bilingual and trilingual cantons are uncommon.The reverence Japan shows toward its history, its traditions, the earth, and other people, sets it apart from other modern societies. Japanese hospitality, or omotenashi, is adhered to scrupulously as a point of national pride. The concept combines selflessness, consideration, and extraordinary politeness with a commitment to maintaining harmony and avoiding conflict. It’s a heartfelt expression of kindness and gentility, done without any anticipation of reward in return.

Swiss German is the most common language in Switzerland, spoken by nearly two-thirds of the population, including those in Zurich and the capital of Bern. Swiss German is a fascinating language, different enough from the High German spoken outside of Switzerland that they are effectively two different languages.

The Alemannic dialect spoken in Switzerland, especially in the isolated mountains of Switzerland, is a much older version of the German language. Like Shakespearean or even Old English, it contains grammar and vocabulary that haven’t been softened by outside influences. Enough so that the language can be nearly impossible for German speakers from other countries to understand. The reverse, however, is not true: Swiss German speakers can communicate comfortably in High German. 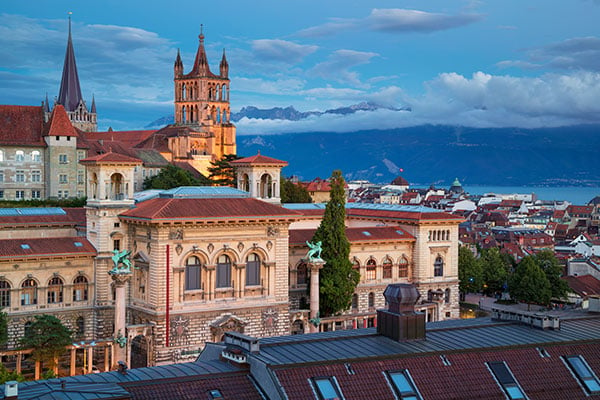 The French spoken in Switzerland is effectively the same as standard French—the differences are as minor as American English versus Australian English. About 2 million people live in Romandy, Switzerland’s French-speaking area which includes Geneva and the Lausanne, the headquarters of the International Olympic Committee.

Romandy is separated from Swiss German speaking parts of the country by the Röschtigraben, or Rösti ditch. Perhaps the ultimate Swiss knee slapper, the term refers to the invisible border separating those who enjoy Rösti, German hash browns, from those who don’t. 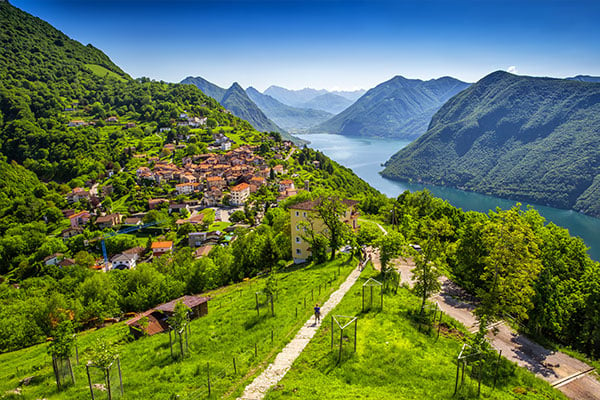 Only granted official status in the Canton of Grisons, Romansch is a descendent of Latin that first appeared in the area around 1500 years ago. As Romansch evolved, it developed a strong German influence. It was named a national but not official Swiss language in 1872, but was granted official status in 1938 as a way to highlight and maintain Switzerland’s multinational status. Romansch is by far the least common official Swiss language.

Though not an officially recognized national language, nearly everyone in Switzerland speaks fluent English. Children are taught English and one or two other languages (on top of their native tongue) in school. The Swiss speak English so well that it is probably the most common language you’ll hear in big cities and more diverse cantons.

Experience the People and Culture of Switzerland with YMT Vacations

Multiculturalism a huge part of the country’s national identity, and the fact that, even without an official language of Switzerland, it functions as smoothly as a Swiss watch perfectly captures the spirit of the nation. If you want to experience this fascinating country, join us on one of our European Cruise Tours. Contact your Travel Consultant  or YMT Vacations at 1-888-756-9072.