The Impact of The Crown: How the Monarchy is Driving Travel 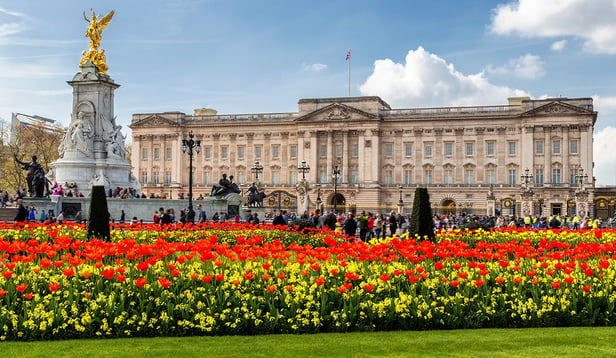 Television hits like The Crown have sparked a renewed interest in British royalty and its long-reigning monarch. While fictionalized, the series portrays the very private lives of Queen Elizabeth II and her husband, Prince Phillip, with enough truth to pique our curiosity about what life is really like inside the walls of Buckingham Palace. The series begins with the death of Elizabeth’s father and her ascension to the throne in 1952. From her relationship with Phillip to the influence of Winston Churchill, the troubled romance of her sister, Princess Margaret, to the abdication of King Edward, it has everyone questioning just what are the costs of being the British sovereign.


This fascination with the monarchy, and the upcoming wedding of Prince Harry, has created a surge in British travel. Today, tours crisscross England featuring the homes and places of government where these real-life characters made, and continue to make, history. One of our favorites is the YMT Vacations Best of England tour:

Buckingham Palace -- As the London residence and administrative center of the reigning monarch, the palace is where heads of state are received, the Changing of Guard is held, and where the British people gather for times of rejoicing and mourning.

The House of Parliament -- Visitors can explore how Parliament works as they tour the Commons Chamber and the Lords Chamber, walk in the footsteps of the Queen at the State Opening and explore the 1,000-year-old Westminster Hall.

St. Paul’s Cathedral -- For more than 14 centuries, this cathedral dedicated to St. Paul has stood at the highest point in London. At the center of national events, it was the first Cathedral built after the English Reformation, when Henry VIII left the jurisdiction of the Pope, and host to the wedding of Prince Charles to Lady Diana.

Blenheim Palace -- Home to the 12th Duke of Marlborough, the palace was the birthplace of Winston Churchill. Inside you’ll tour the gilded state rooms and trace the journey of his life through The Churchill Exhibition.

The Tower of London - This historic castle on the north bank of the River Thames was founded in 1066 by William the Conqueror. It has served as a prison, a royal residence, and home to the crown jewels.

Windsor Castle -- The oldest and largest occupied castle in the world, Windsor is the official home of Queen Elizabeth II and the location of the soon-to-be-wedding of Prince Harry and Meghan Markle. You can tour the castle and St. George’s Chapel, which sits on the castle grounds. You’ll see the Great Kitchen and George VI’s private apartments, Queen Mary’s impressive doll house and the Changing of the Guard that occurs whenever the queen is in residence.

For more information on how you can join the Best of England tour, call your travel agent or YMT Vacations at 1-888-756-9072. Those looking to expand their travels can combine this package with a tour of Scotland, and get a free connecting flight in the process! Or, go even bigger and combine England, Scotland, and Ireland!