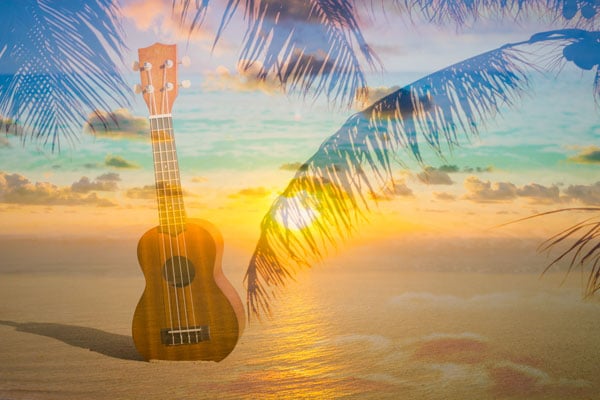 Visitors to Hawaii get to enjoy its immense natural beauty, tropical climate, and endless opportunities for beachside relaxation. But guests are also granted a first-hand look at the vibrant culture that’s shaped these distant islands into one of the world's most popular tourist destinations.

Since it is an American state, travelers may not feel that they need to prepare themselves for culture shock when visiting Hawaii, but there are significant differences in daily life and customs.

Get ready for a vacation to paradise by learning about these unique aspects of Hawaii’s distinct culture:

Visitors can benefit from understanding the historic, cultural, and spiritual roots of the Native Hawaiians that shaped so much of Hawaii’s identity. These indigenous people brought countless generations of traditions and beliefs from Polynesia, which changed over time to reflect their new lives in their distant new homeland.

Ancient Hawaiians made their way across the warm Pacific Ocean from French Polynesia, Tahiti, the Tuamotus, and Samoa over several centuries.

Starting around 300 CE, Polynesian wayfarers crossed the seas in a modest exodus for approximately 500 years—setting out sporadically rather than in a single large, coordinated wave. When these early Hawaiians did arrive, they encountered a land rich in natural resources. By utilizing their knowledge of fishing, and by using sophisticated and diversified farming and agriculture techniques, they thrived, and were able to comfortably support a significant population. Historians believe that before European diseases killed off much of the native population, it reached heights of between 200,000 and 1 million people. 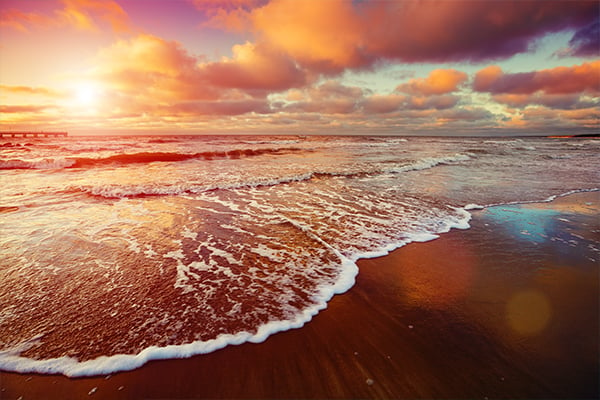 Socially and politically, Hawaiians relied on a strict matrilineal caste system to maintain their peaceful, comfortable way of life. This kapu system’s main concern was societal rank rather than gender, so lines of inheritance, including both possessions and rank, including chieftaincy, were passed on through the female line.

Early Hawaiians were deeply religious, with nearly all matter of life—from their relationship with nature to their daily rituals—tied to a deity. Kane represented sunlight and divine creation, while Lono was the god of fertility, peace and music. As they continued to discover the islands, they created new deities to represent this new environment, deifying such areas as Oahu’s forests, Maui's lofty summits, and Kauai's valleys.

People from Hawaii no longer believe in the old gods, but they have continued to maintain a strong reverence for the natural word. They believe in protecting the land, and that one of the best cures for a blocked mind is to spend time in nature. 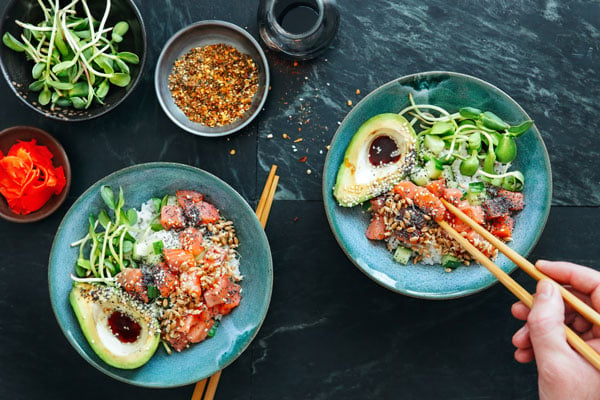 Hawaii’s cuisine is its own entity entirely. The result of a stunning fusion of influences, it is down to earth, ambitious, constantly evolving, and always delicious.

There are a few standouts that have become instantly recognizable. Don’t miss out on starchy, nutrient-rich poi. Hawaiians brought over the taro plant on their canoes from Polynesia, which they used to make poi by pounding out the corm and adding water to make a paste. It’s great with a piece of meat or fish.

Visitors and locals alike enjoy the plate lunch, created by plantation workers sharing their culinary traditions across cultures—today’s plate lunches consist of macaroni salad, two scoops of white rice, and a meat like chicken katsu, poke, kalua pig, or Spam. Shave ice is always refreshing, loco moco makes a filling lunch, Spam musubi is best when ordered from a convenience store, food trucks are the place to go for garlic shrimp, and fresh local fruits like pineapple, coconut, and mango are the perfect way to end every meal.

Hula: The Heartbeat of the Hawaiian People 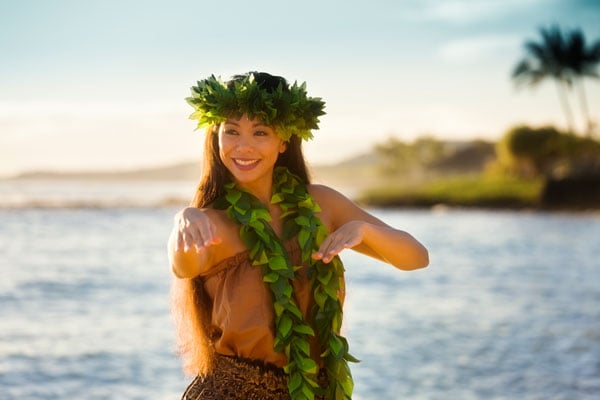 The image of a grass-skirt clad hula dancer swaying her hips to the sounds of a ʻukulele is iconic to the Hawaiian Islands, but hula is far more than just a beautiful dance. The traditional Polynesian art form consists of a dance accompanied by music—historically this was either a chant performed with no musical accompaniment, or a chant backed by percussive instruments such as ipu, or ʻulīʻulī. This style which predates 1894’s introduction of modern instruments is called hula kahiko.

Because ancient Hawaiians did not have a written language, hula is how they kept their stories alive. It was through hula that they preserved their genealogy, history, and myths. Every movement and beat told part of their story. The speed with which they swung their hips, the direction they circled their wrists, the rhythm they set with the ipu. Each element carried meaning, and was how they maintained their tradition and history from generation to generation.

There are many different creation myths for how hula originated—and it was not exclusively for the benefit of human beings. Hula is one of the prime ways that Hawaiians have traditionally demonstrated respect for their gods. It functioned as a very reverent prayer—making a mistake was taken as an offense that annulled the prayer. 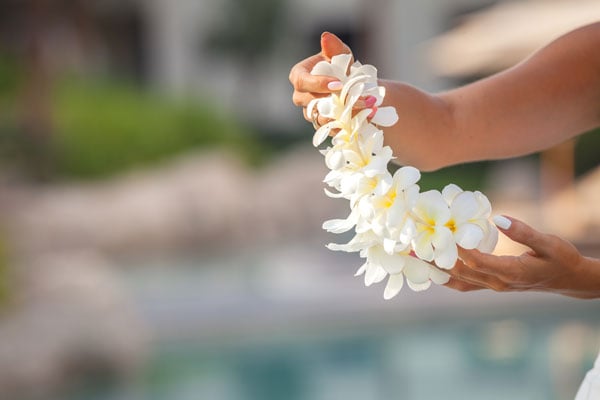 Lei is one of Hawaii’s most instantly recognizable symbols. The classic image is of these potent garlands of brightly colored tropical flowers being placed around the necks of deplaning visitors, but their actual history dates back much further.

They were worn by ancient Polynesians to signify rank, and were given to honor one another, and as an act of praise to their gods. Lei was given as a sign of affection—in greeting or farewell, to express close friendship, or as a romantic gesture.

Traditional lei is made by hand in a painstaking process using natural materials such as flowers, leaves, and ferns. Modern lei is less limited by materials. In fact, many graduating students receive lei made with braided dollar bills! Whether for a modern or traditional lei, these are the 8 most popular techniques:

The best way to learn about lei is to try your hand at making one—or by receiving one from a Hawaiian local. Receiving a lei is a sign of affection and celebration.

Lei etiquette dictates that you must never refuse a lei, or remove it in front of the person who gave it to you. It is proper to wear it draped over both shoulders, with it hanging equally in the back and front.

As guests explore Hawaii, from Honolulu to Hilo to the Hana Highway, they will experience a warm welcome from this state's residents. People from Hawaii are widely considered some of the friendliest in America, for very good reason—the culture is based on acceptance and affection. People greet each other and say farewell with the word "aloha," which has a deep meaning connected to love, joy and positive life energy. In fact, the word loosely translates to "presence of breath" and refers to the act of living in the moment and showing respect for one's self and others.

Today, the Islands are famous across the globe for their easygoing attitude and strong sense of compassion and neighborliness—due in great part to its traditional focus on nature and living in harmony with earth and the gods.

The local culture is a result of a large number of influences, from ancient Polynesians to modern cultures including Mexican, Chinese, Korean, Puerto Rican, Filipino, Portuguese, Spanish, and Mainland American. The general philosophy is to simply take the best of every culture.

Most notable is the heavy Japanese influence. After a massive influx of Japanese workers to the Islands in the late 19th century, many Japanese traditions—in food, art, and attitude—were absorbed into Hawaii’s cultural tapestry.

Countless Japanese nationals came to the islands to work on sugar plantations, and they, along with other international workers, created a true cultural melting pot. They developed a distinctive local dialect fusing many different languages in order to communicate. In addition, by sharing meals and culinary traditions, they created interesting hybrids, including the beloved plate lunch mentioned earlier.

Come and See for Yourself!

Hawaii’s unique culture, combined with its dazzling scenery, makes it the ultimate vacation destination for travelers looking to get away from it all. We offer several incredible Hawaiian vacation packages, including both land tours and Hawaii cruises.