Visiting Versailles: What to See and Tips to Beat the Crowds 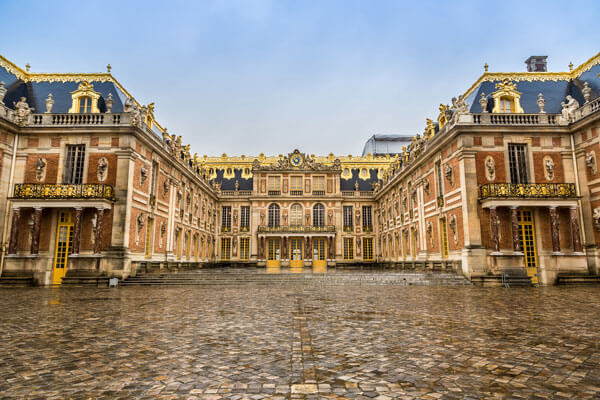 The Palace of Versailles is one of France’s most famous sites. The sprawling manor was France’s principal royal residence from the golden age of the Sun King, Louis XIV, through the violent tumult of the French Revolution. Thousands of starving, angry citizens marched on the palace in 1789, and forced the royal family—including the indecisive King Louis XVI and the despised queen, Marie Antoinette—to travel with the well-armed mob to Paris and their eventual doom. After the royal family met a legendarily nasty end, the monarchy was abolished and the Palace of Versailles was transformed from what had become a loathsome symbol of royal excess and indifference into a spectacular museum celebrating France’s greatest historic, cultural, and artistic achievements.

Versailles’ extraordinary beauty, as well as its major cultural and historic significance, have made this a UNESCO World Heritage Site (named by UNESCO as a cultural site in 1979), one of France’s top 3 most visited tourist attractions. This means long lines and heavy crowds if you don’t plan your visit well. YMT Vacations has been taking guests to Versailles for many years—we currently enjoy stops at Versailles on our Rhône River Cruise in Lavender Bloom, and Rendezvous on the Rhône river cruise—which has given us tremendous insight on how to best enjoy this extravagant palace. Here are our best tips for visiting Versailles Palace!

The ticket line at Versailles can be very long on busy days. A standard ticket, called a Passport, grants you admission to the whole estate starting at 20 €.  The easiest way to get tickets is to order them directly on the palace’s official website, which allows visitors to go straight to the ticket holders’ line. If you’re already on a group tour that arranges a visit to the Palace, like YMT does, then all the details are already handled for you.

The entire complex, including the gardens and the Grand Trianon Palaces and Marie Antoinette’s Estate, is incredibly popular. The best time to visit is either before or after the crowds peak. Another tip is to visit the Grand Trianon first, and work your way back through the gardens to the main palace. Expect to spend at least 3-4 hours if you want to see the highlights of Versailles on a self-guided tour.

One of the most important things to consider when planning your trip to Versailles is clothing and footwear. The French royalty who lived here might have been able to parade through the halls with towering hair and in embellished heels, but modern visitors would be very well served to dress more for comfort than symbolism. Sensible walking shoes are a must for covering the estate’s expansive grounds, while layers will keep you comfortable both inside the buildings and outside in the gardens. The area temperatures vary dramatically based on the season, with summer highs averaging 75° F in July and August, and lows in the 40s and below from November through March.

Other vital considerations are sun protection and sustenance. Always apply sunscreen before you arrive, even on overcast days. You’ll be outdoors quite a lot and will be exposed to dangerous UV rays even when it’s cloudy. Finally, be sure to remember plenty of snacks and bottled water. You’ll want to keep your strength up as you take in the more than 3 square miles of Versailles.

If you want to enjoy something more substantial, you can sit down to a casual meal at La Flottille, located in the gardens at the end of the Grand Canal or, reserve a table at more formal La Veranda at the Trianon Palace Hotel. For travelers who just want to make the most of the scenery, bring a picnic meal (even something as simple as a fresh baguette and rich French butter would be a delicious treat) to enjoy on the grounds—it’s something you won’t forget.

The Garden’s Must Sees

André Le Nôtre might well be the most famous landscape architect in history. His spectacular work in the gardens of Versailles is considered the pinnacle of the French Formal Garden and gave Versailles one of the most widely celebrated gardens in the world. The years he spent creating his masterpiece at Versailles are the subject of 2014’s A Little Chaos, starring Kate Winslet and Alan Rickman, who also co-wrote and directed the period drama. Highlights of Versailles’ gardens include the Fountain of Latona, the Formal Gardens, The King’s Garden, the Colonnade, the Dragon Fountain, the Grand Canal, and the Fountain of Neptune.

The sumptuous private apartments of the king and queen are centered around a marble courtyard in the main palace. Visit these sprawling private quarters as well as the state apartments where official court life was held. The entire chateau is worth seeing, but you especially shouldn’t miss the spectacular Hall of Mirrors.

Versailles is heralded as one of Europe’s greatest palaces, and it must be seen in person to be truly appreciated. Join YMT’s next European river cruise through France to enjoy this remarkable site for yourself!