Your Guide To Tipping When Traveling Abroad 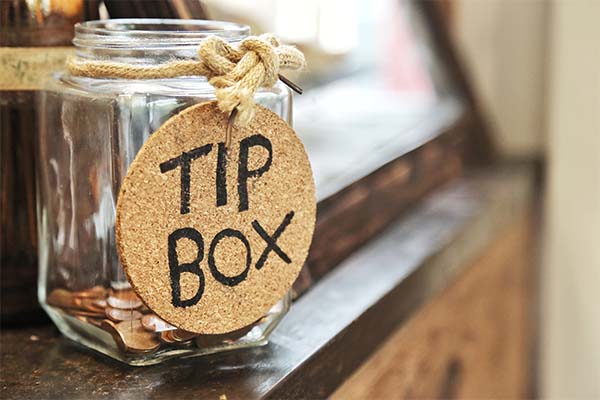 Guided tours make visiting new countries easy and convenient. Your tour company will take care of booking everything from transportation, hotels, and meals.

But there will likely be occasions where you go out with your new travel friends to have dinner or plan an excursion independently. During those times, tipping is a great way to show appreciation for the various services you experience abroad–but expectations differ across continents and may even differ among countries in the same region. We’ve compiled general guidelines on how to tip when traveling to various destinations below.

Tipping in the United States 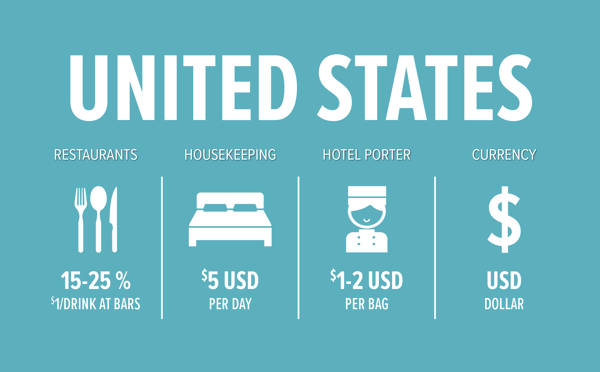 Tipping is a way of life for the hospitality and service industries in America. Workers are typically paid just dollars per hour and depend on tips. Below is an average breakdown of tipping in the USA for travelers:

Tipping in Canada is similar to tipping the U.S. Expect to tip between 15 to 20 percent for many services. 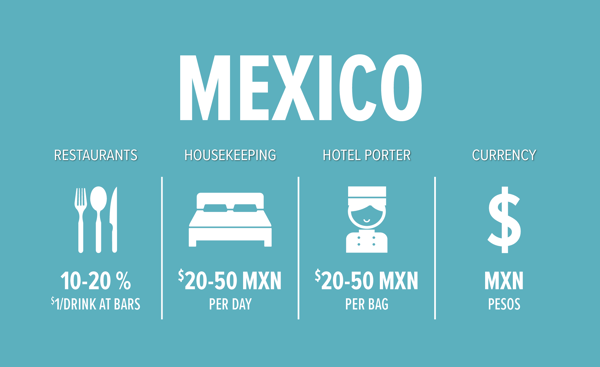 Providing a gratuity is the best way to show appreciation for quality service and the amount you tip is up to you. If your budget does not allow you to tip on the higher end, a smile and “gracias” goes a long way.

Tipping differs across countries in the Caribbean. In fact, service charges may already come included so review your bill carefully before adding a tip.

Another continent where tipping varies by country, look into specifics before embarking on your vacation because you may not need to tip at all! Generally, for countries that do expect tips, offer around ten percent at restaurants and $1-$2 Euros per bag for the bellhop. Leaving a few Euros for housekeeping staff at the end of your stay is appreciated, but not expected in some countries.

Here are some specifics on a few European countries: 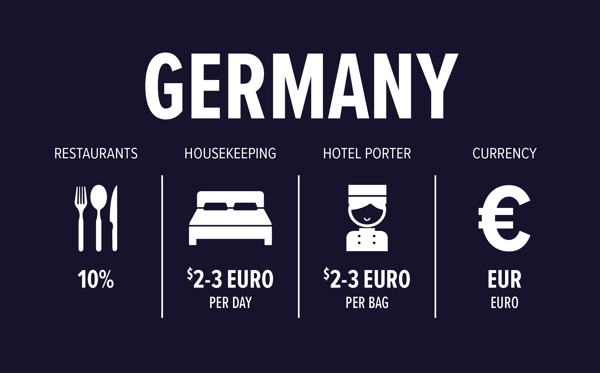 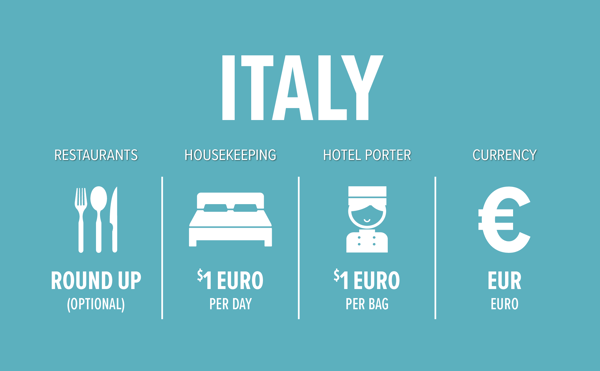 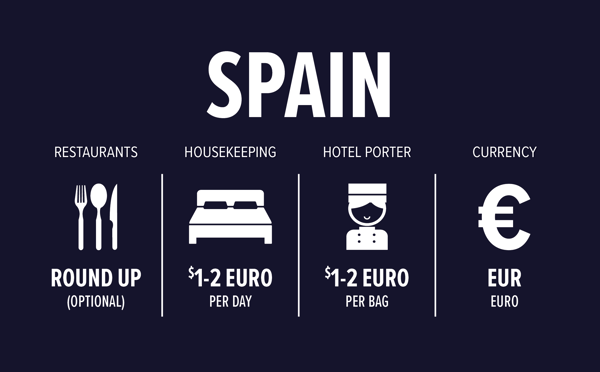 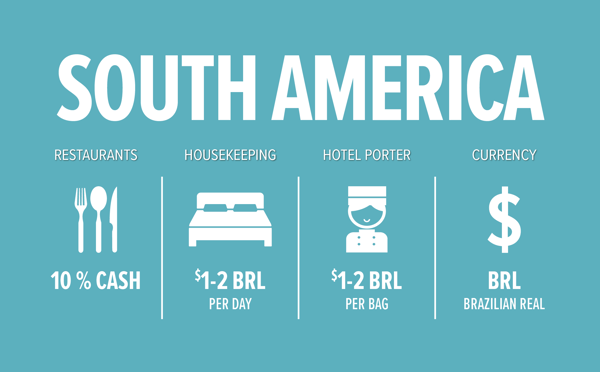 Cultural norms also vary within South America when it comes to gratuity. If you are taking an excursion with a local tour company, tip about $10 per person for half-day tours, and about $15 per person for a full-day activity.

This region can be complex because cultures and expectations differ widely. With growing tourism from Westerners, the norms relating to the hospitality industry are slowly changing. Typically a ten percent service charge may already be included on your bill in Singapore, but leave a few extra dollars if you wish to thank your server for going above and beyond.

Tipping across mainland China is rare and even banned in some places. In Hong Kong and Macau, gratuities are not required at restaurants as a 10-15% service charge is likely to be included on your bill. When taking a taxi, tipping is also not expected.

Japan’s tipping culture is non-existent and attempting to tip may be considered offensive. Service workers in the restaurant, transportation, and hospitality industries are known to exceed expectations out of pride rather than in hopes of earning tips. If you wish to tip a local guide, present your gift in a nice, sealed envelope or offer a souvenir from your home country. 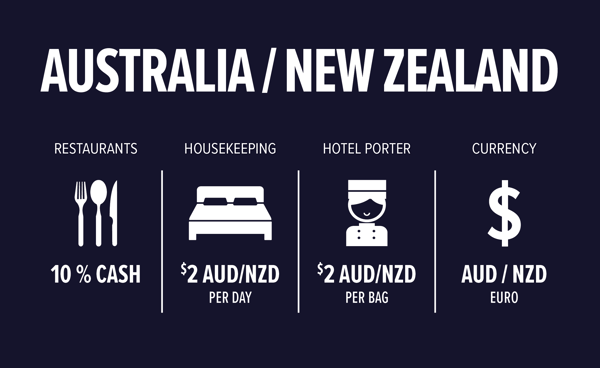 Service workers in Australia and New Zealand are paid adequately, and do not rely on tips for a decent standard of living. Tipping in Australia is not required, but with many US tourists in the country, a ten percent tip in restaurants is becoming the norm.

Like many other places around the globe, tip bellhops $2 per piece in local currency for luggage and leave $2 per day at the end of your stay for cleaners. In New Zealand, locals only leave tips for outstanding service, and the amount given is based on their discretion. Ten percent of the bill is common at upscale restaurants, while leaving some change at other establishments is acceptable. If you wish to tip hotel staff, $1-$2 dollars of the local currency is acceptable for porters and cleaning staff. Note: The local currency for Australia is the Australian dollar (AUD) and, for New Zealand, the New Zealand dollar (NZD).

If you are taking a guided tour, your tour guide will be able to provide additional guidance in various situations.

YMT offers several tours within the U.S. and Canada and abroad. Get details about the wide array of wonderfully curated, affordable tour and cruise vacation packages we have available. To make your reservation to join us, call your travel agent or 1-888-756-9072.